Danny Reviews Music: ‘What a Time to Be Alive’ 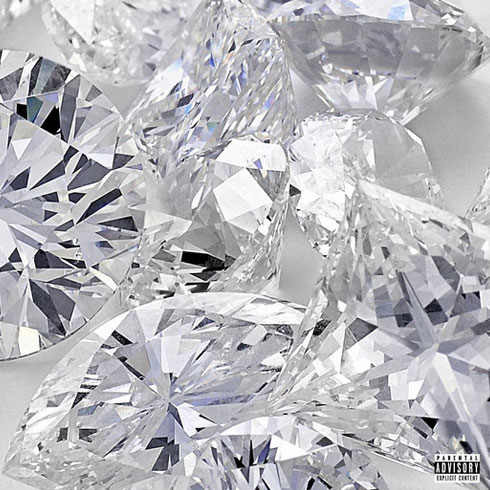 Maple syrup meets cough syrup in the new Drake, Future collaboration “What a Time to Be Alive.”

This surprise mixtape was hinted at by Drake and Future on social media Saturday, premiered on Beats 1 Radio Sunday, then released exclusively on iTunes and Apple Music.

Drake’s previous surprise mixtape “If You’re Reading This It’s Too Late,” released in February, went platinum. Although marketed as a mixtape, this work was really a full length album. It contained the production value, scope and polish of a full length studio album. It also cost $12.99 and was released on iTunes, unlike other mixtapes which are generally free and released through sites like DatPiff. I guess when you are Drake you can call a studio album whatever you want, and people won’t care.

“What a Time to Be Alive” features Drake and Future tag-teaming 11 tracks, produced almost entirely by Atlanta-based producer Metro Boomin, who is really the third headliner of this mixtape. Metro Boomin is known for his production of trap music, and has worked with both Drake and Future in the past.

Metro Boomin is an old pro in the trap scene, previously working with rappers like Migos, Young Thug and ILoveMakonnen. On this mixtape, he brought his signature trap sound and did not disappoint. For Future, this is familiar territory, but Drake is less versed in Dirty South style rap. Drake’s own, less aggressive style butted against Atlanta-style rap is the most interesting part of the mixtape.

On the second track “Big Rings,” Drake jumps into the unfamiliar trap territory pretty comfortably. This boastful anthem starts with Drake establishing the chorus, then transitions to Future’s signature, auto-tuned, mumbling that fans have come to love. The contrast of Drake’s Canadian gloss, and Future’s Atalanta edge, is shown on this track and throughout the mixtape.

I loved seeing these two juggernauts, of their respective sub-genres, compliment one another on the same mixtape. It was like a trap Watch The Throne, but featured a lot more references to lean (colloquial for recreational codeine).

The standouts of the mixtape are the Metro Boomin produced, trap songs like “Jumpman.” This song includes natural sounds like a crow squawking and a woodpecker burrowing to fill in the middle range of the bass heavy track. I can honestly say it’s the dopest crow squawk in music.

Naturally, Drake gets his occasional R&B ballads, a style that is more suited for the former Degrassi star. These tracks like “Plastic Bag” and “30 for 30 Freestyle” slam the brakes on the album and make for skippable songs. “30 for 30 Freestyle” sounds like cutting-room floor material from the “Take Care” days. During these R&B detours I missed Future’s raspy, mumbling raps, and was met with Future singing, a guy with no business singing.

This mixtape is more like a studio album than a mixtape with how it’s marketed and distributed. However, it has the aesthetic of a mixtape. “What a Time to Be Alive” is Future and Metro Boomin doing what they do best: fun, drug-centric trap music. Drake may not be from Atlanta, or really have much street credibility, but he adds commercial accessibility to the madness, and it’s a good mixture of styles. At times, Drake influences the music a little too much with forgettable R&B, but this is infrequent enough that it doesn’t detract from the album too much. Ultimately, the sweet and sour recipe of Drake, Future and Metro Boomin makes for a nice combination of styles, with songs that rival other recent Drake tracks, thanks to Atlanta trap.

Collegian Reviewer Danny Bishop can be reached at entertainment@collegian.com and on Twitter @DannyDBishop.