Story Swap entertains at the Lyric 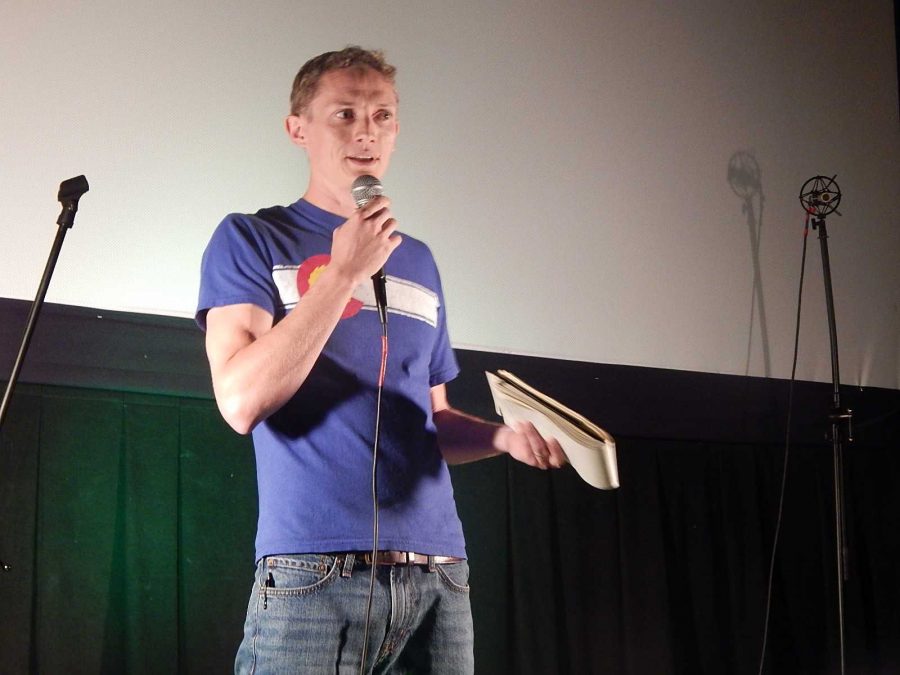 The halls of a local theater filled with laughter Thursday as people gathered to share in storytelling.

The Lyric Cinema Cafe held “Story Swap,” an event where audience members volunteered to share stories about their everyday lives.

The owner of the Lyric Cinema Cafe, Ben Mozer, said the event was inspired by storytelling programs such as the Moth Radio Hour.

“We thought it would be fun to throw it on and see what happens, and it’s been super successful so far,” Mozer said.

The bimonthly event is modeled after the Moth Hour, Mozer said. Each Story Swap is themed, and everyone in the audience has an equal chance to participate.

“We like to do ours in a democratic spirit,” Mozer said. “Everyone throws their name into a hat, and we just pick out at random.”

Thursday’s show, which featured the theme “Just another day at the office,” drew long-time participants and newcomers alike to share stories about odd occurrences in their work life. Speakers talked about everything from dealing with hate speech at the Morgan Library to “stuffed-shirt a**holes” in Las Vegas.

“For the Lyric to host events like this really cements a greater sense of community,” said Nick Holland, a comedian and Colorado State University alumnus. “To invite people in from the community and get a lot of people to share is really incredible.”

Holland said events like Story Swap are what makes the Lyric a staple of Fort Collins.

“I moved to Durango for a few months for work, and while I was away from Fort Collins, I actually thought continuously of the Lyric,” Holland said. “Like, ‘I wonder what the Lyric is playing’ and ‘Ah man, I’m going to miss Story Swap.’ It became a factor in my moving back here.”

Katie Neff, a CSU alumna, said she has been coming to Story Swap since its inception.

“I started at the first one they did last November,” Neff said. “I really like stories. I was that kid in school who wouldn’t say anything because I was really shy, but every once in a while the right thing would come up, and I would start going and no one could shut me down.”

Neff said Story Swap keeps her coming back because of the connections to be made with other people and the “humanizing” effect she believes it has.

“What I really like about this storytelling is that it gives you an insight, even briefly, into who someone is and where they come from and things you wouldn’t otherwise know anything about them,” Neff said.

“There (are) all sorts of things in town, but so many of them have their own veneer,” Holland said. “Like, you come do this if you’re a poet or a musician or a stand-up comic. Story Swap is such an open format, and all it is is, ‘Hey, you’ve had some life experiences. Lay ’em out.”’