‘Go Set a Watchman’ release party 55 years in the making 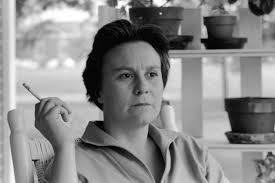 A release party for Harper Lee’s “Go Set a Watchman” was held Tuesday night at Old Firehouse Books in downtown Fort Collins. The event featured discounted prices on the new book, a scavenger hunt and “To Kill a Mockingbird” trivia.

“I’ve been keeping my finger on the pulse of when this (book) is coming out and who’s talking about it and where I can get more information,” said Bonnie Young, a postdoctoral fellow working at Colorado State University. “When I saw this event, I definitely jumped on the opportunity.”

Participants at the release party reminisced about what Lee’s most notable work, “To Kill a Mockingbird,” meant to them.

“Overall, it discusses problems that existed in the South then, like racism and murder, and all these issues that existed, but the thing is that these issues still exist on some level” said Rebecca Robinson, a CSU journalism alumna.

Robinson said she was hesitant to read “Go Set A Watchman” because of the controversy surrounding the character of Atticus Finch.

Young said she was moved by the character of Atticus Finch and reflected on Mockingbird’s contemporary value.

“(Atticus) is the one person doing some serious critical thinking about his time and where they’re at,” Young said. “It makes me wonder, what are we doing as a majority today that we’re not actually thinking about?”

“What we can so clearly see as wrong and needing to be changed in Alabama in the ’30s or ’40s?” Young asked. “What’s happening in today’s society that we’re not catching?”

Robinson said she believes Lee’s work will remain significant in the future as a representation of a crucial part of American history.

“Her work is still important because we still haven’t completely eradicated the problems that exist in (“To Kill a Mockingbird”),” Robinson said. “Even if we do, the book will still stand as an important piece of history and a reminder of where we come from and how we have progressed.”