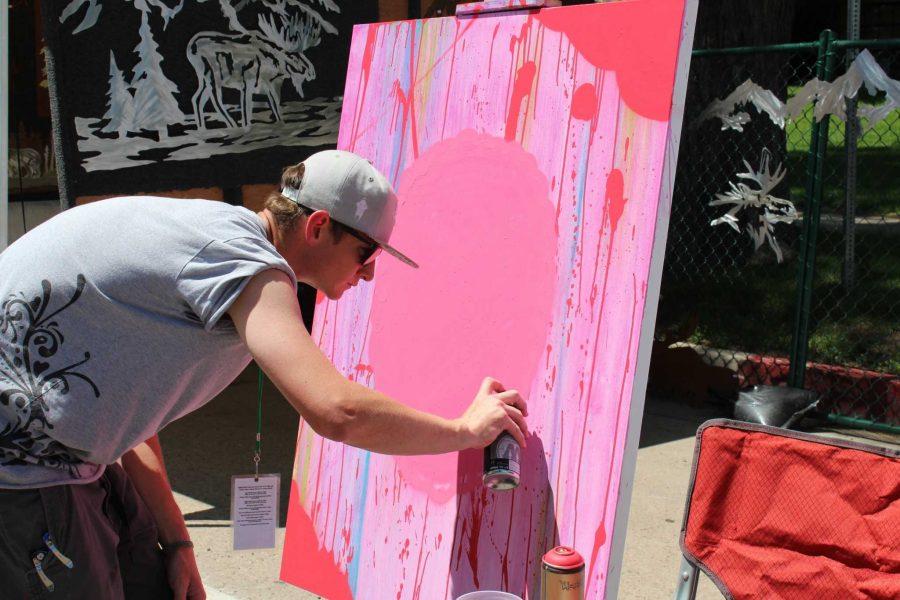 Imagine this: A festival goer was just handed a loaf of bread for free at Colorado’s Taste of Fort Collins festival. The loaf found itself airborne and landed right in front of Steve Harwell of Smash Mouth.

However, Harwell’s reaction greatly contrasted the overall atmosphere of the rest of the festival.

The Taste of Fort Collins festival attracted crowds and vendors, drawing an estimated 60,000 visitors to the Civic Center Park. The 19th annual event invited the Fort Collins community to indulge in local food, brews, music and traditions from June 12-14.

Each day, musicians performed on two main stages. Between musical performances, special events were held. One intermission included a public hot yoga class hosted by CorePower Yoga, while another was a pizza eating contest hosted by Mama Roni’s Pizza.

One of the more popular attractions was the craft beer pavilion, a giant tent lined with kegs of craft beers from Odell’s and New Belgium brewing companies.

Jim Mofhitz, owner of the business Humorous Clocks in Wellington, has attended Taste of Fort Collins for consecutive three years.

“I decided I needed a clock for my house, so I built a clock, and people started asking, ‘Could you make me one?’ and from there I started making clocks for people,” Mofhitz said.

Local artist Kevin Weinreich had a tent filled with his clothing line and original art for sale. While his tent was empty of festival-goers, Weinreich worked on a piece of spray-paint art next to his tent. Weinreich’s art brand is named Someday K.

“Someday (K) is all about dreams,” Weinreich said. “It’s about reaching for goals and doing everything you can and someday it will happen.”

Taste of Fort Collins also allowed for business promotion and a way to connect with potential customers.

Jason Demers’ Denver-based Burn Longboard Company returned to its birthplace of Fort Collins. Demers said he enjoyed that Taste of Fort Collins let him talk to customers and spread his brand’s name.

“It’s just nice talking to people and getting some brand recognition,” Demers said.

Collegian Reporter Kevin Walsh can be reached at entertainment@collegian.com.