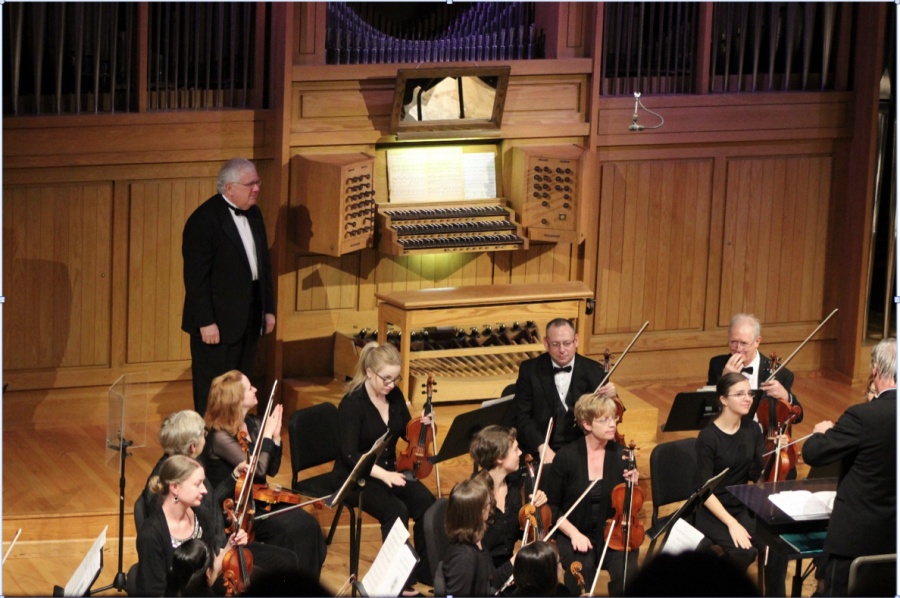 A wave of sound crashed through the room. The sound originated from a colossal structure of metal pipes and wood, Colorado State University’s own Casavant Frères Organ.

Before this immense instrument sat Ken Cowan, a professor of organ at Rice University. He was one of three organists supported by the Fort Collins Symphony, conducted by Wes Kenney. Monday’s concert was the first performance of the third annual Organ Week hosted by CSU’s School of Music, Theatre and Dance, that will run until June 11.

High school students from all over the country had the opportunity to participate in a summer camp for the duration of the week where they study organ with world-renowned organists.

The evening’s event featured three organ players alongside the Fort Collins Symphony. Following Cowan’s performance was a performance by James David Christie, a professor of organ at Oberlin College and an organist with the Boston Symphony. The night ended with a performance by Joel Bacon, CSU’s own Stewart and Sharon Golden Chair of Organ and Liturgical Studies.

CSU is one of a few universities in the country that has a full-sized organ. The Casavant Organ was built in 1968, and if an equivalent organ was built now, it would have cost much more, Bacon said.

“You would have to spend at least a million dollars,” he said.

Despite this high cost, Bacon said Fort Collins was home to six organs that he knew of, making Fort Collins something of a hot spot for organists.

Bacon said he hears the crowd respond positively to the organ.

“All it takes is exposing people to this beautiful music,” Bacon said. “You could hear the crowd last night. They were so enthusiastic about the sound.”

Collegian Reporter Kevin Walsh can be reached at entertainment@collegian.com.