The Rocky Mountain Collegian • May 11, 2015 • https://collegian.com/articles/aande/2015/05/nuance-chocolate-in-old-town-creates-chocolate-from-scratch/ 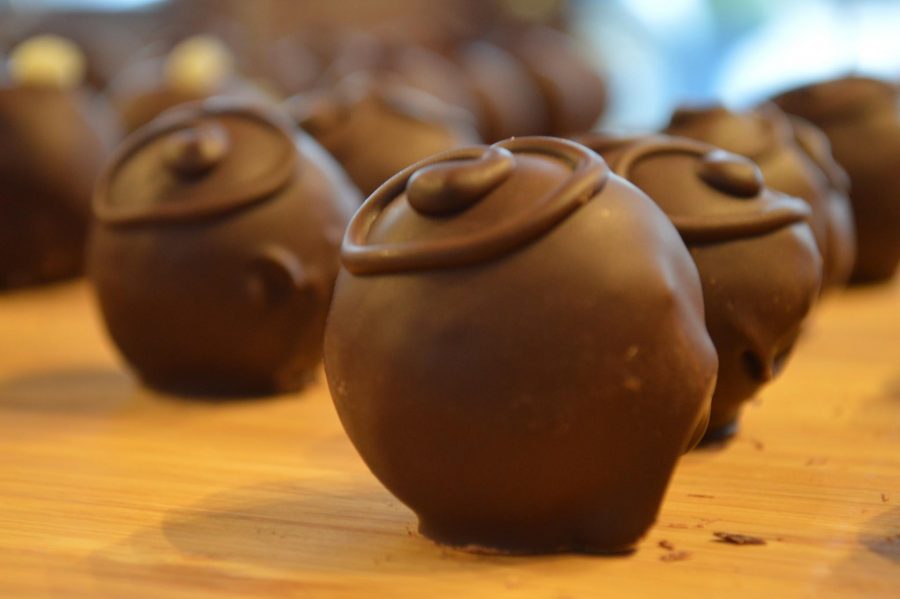 From bean to bar, Nuance Chocolate is hitting all the right notes at its location on 214 Pine St.

Nuance Chocolate was founded by owners Toby and Alix Gadd when they turned their hobby and passion into a business October 2014.

“I’ve been a chocoholic my entire life,” Toby Gadd said. “Chocolate is joyful, interesting and complicated. The chocolate plant translated to Latin is ‘food of the Gods.’ What else could you want?”

Nuance Chocolate is one of a select few shops in the nation that creates all of its products from scratch. Their bean-to-bar system is the process of sourcing the beans through vendors and processing them at their local factory. This classifies Nuance as a chocolate maker.

Nuance has a factory two blocks away where cacao plants are stripped from their stalks and processed.

The chocolate store boasts one of the widest ranges of single-origin chocolate in the world, with over a dozen diverse true origin bars from South American countries.

“The dark and origin chocolates are very distinctive,” Toby Gadd said. “Different cultivars of plants (are used), and different fermentation methods of the regions result in very different flavors. People aren’t aware of that. They think of chocolate as having a singular flavor.”

Nuance also makes milk chocolate and a Swiss-style vanilla milk series, which is unlike white chocolate because it is based more in the cacao bean.

Half a bar of chocolate goes into each hand-rolled ganache truffle, with various alcoholic and non-alcoholic varieties. According to employee Joshua Jarrott, customers can also drink their chocolate, from a menu of iced and hot chocolates, which are made by mixing half a bar of chocolate and 4 ounces of whole milk and hot and iced cocoa.

“It has the body of coffee and the flavor of chocolate,” Toby Gadd said.

“The equivalent of where most chocolate is right now is kind of where beer or wine was 14 years ago in this country,” Toby Gadd said. “You’ve never tasted chocolate like this. And, it breaks away from that very commercial, simple homogenous flavor. It’s all about what it tastes like.”

Collegian Arts and Entertainment Reporter Sierra Cymes can be reached at entertainment@collegian.com or on Twitter at @sierra_cymes.