The Rocky Mountain Collegian • May 4, 2015 • https://collegian.com/articles/aande/2015/05/food-trucks-give-students-an-alternative-during-finals-week/

Food trucks give students an alternative during finals week 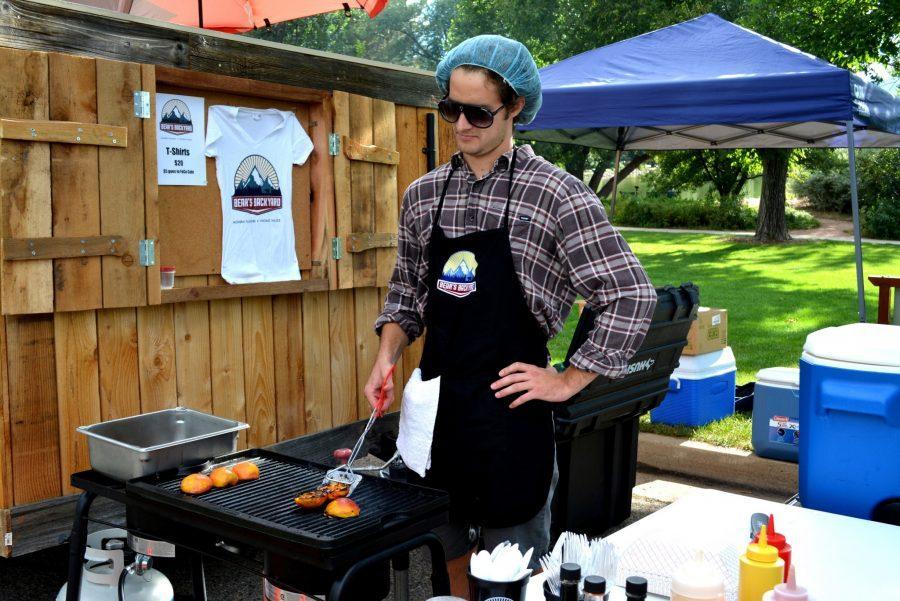 Colorado State University students who are looking for a study break during finals week can visit three unique food trucks for a fast and satisfying meal.

The Tramp About, Mac’N and Austin Taco are luring Fort Collins residents in with their taste, charm and variety.

The Tramp About opened up for business winter 2014. According to co-owner Tim Meador, this isn’t a typical food truck. Meador and his partner try to bring more of a culinary experience to people.

“We like to be able to make a whole dish as we see fit,” Meador said. “Sometimes we like to do a whole meal as opposed to just a sandwich.”

Co-owner Brandon Spain and Meador met last year and worked together at Jax Fish House prior to the Tramp About. Meador said they decided to start their own food business and were inspired by their experiences in different regions of America, not just Colorado.

The Tramp About has a menu which changes weekly. The vegetarian meatloaf sandwich is a huge hit with patrons, according to Meador.

People can find this truck parked and ready to serve at various locations, such as New Belgium Brewing Company.

Laura DuFresne and fiancé Bon Morton own the Mac’N food truck, which serves different kinds of macaroni and cheese.

“We have this American classic that everybody knows, and almost everybody has kind of an emotional relationship with,” DuFresne said. “We kind of turn it on it’s head and do it in a bunch of different ways that you haven’t had. It feels really familiar and new at the same time,” DuFresne said.

The menu changes daily as the truck rotates breweries. The Mac’N food truck, which opened in mid-April, according to DuFresne, frequently stops at Snowbank Brewery.

DuFresne said it was her mother’s idea to start the food truck, and she is so thankful for the idea because she gets to work alongside her fiancé.

“The best part is that I work with my fiancé Bon and we get to hang out in a little metal box, play all day and be around food,” DuFresne said.

Austin Taco is another food truck that brings authentic food from Austin, Texas, into the streets of Fort Collins. Owner John De Los Santos said he is looking to give people the authentic taste of Austin.

“I want to make my food authentic to Austin,” De Los Santos said. “I want my food to represent that culture and that feel, particularly those who are from Austin. I want them to come by my truck and have that familiarity with the food.”

Austin Taco can be found at a variety of locations such as Snowbank Brewery, the Fort Collins Police Department on Timberline and the CSU campus.

De Los Santos said he recommends trying the classic breakfast taco that he calls the “Gordo” at his food truck.

“The thing I probably enjoy the most is getting to go to a lot of different spots and meeting a bunch of great people,” De Los Santos said. “The excitement that starts to gather when people see food trucks has probably been the most fun for me.”

Collegian Reporter Pamela Shapiro can be reached at news@collegian.com and on Twitter @pb_shapiro.