The Rocky Mountain Collegian • May 1, 2015 • https://collegian.com/articles/aande/2015/05/eight-things-we-stole-from-ball-culture/ 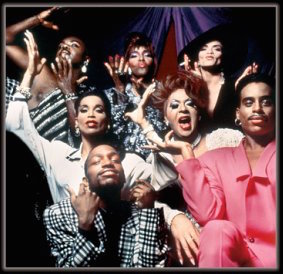 Ball culture, often called ballroom culture, is an underground queer subculture in the United States. Competitions are held at events, called balls, and prizes are won based on the performances. The subculture was created as a safe space to go when one didn’t fit in anywhere else. To quote the documentary “Paris is Burning,” “You go in there and you feel a hundred percent right as being gay.”

Beginning in Harlem over 50 years ago, the counterculture has now spread to many other cities. It still remains largely underground and is often dominated by queer men of color.

Unknown to most people, ball culture has had a huge influence on drag, queer and mainstream cultures. Much of the vocabulary and trends we see in the entertainment industry and in everyday life originated from this subculture.
Fierce
A positive description, being fierce can be an attitude or look that is strong and confident, or someone who is bold, often in fashion and style choices. It now encompasses pretty much anything of exceptional quality. It began entering mainstream culture when it was used by Trya Banks and “Project Runway” winner Christian Siriano in the mid-2000s.

Reading
An action that highlights and exaggerates the flaws of another person. Usually an exchange of clever and snarky insults, the goal is to get the most laughter from the crowd.

Shade
Meaning to put down someone, usually through backhanded compliments. “Throwing shade” (an expression we’ve all heard) accompanies “reading.”

Voguing
Made famous by Madonna’s 1990 song “Vogue,” the stylized dance that imitates poses struck by a model on a catwalk (sometimes similar to breakdancing) was appropriated for mainstream use.

Realness
Originally used to signify when a queer person was presenting or “passing” as a heterosexual person. The goal was to appear as straight as possible. At the balls, the presentation was for entertainment. However, in daily life, it was a survival tactic for many. Now, “realness” has been expanded to mean a genuine product and can be applied to anything.

Werk/Work it
Work it, meaning to use what you got or strut your stuff, was made famous, like many of the words on this list, by Ru Pual’s song “Supermodel” in the early ’90s. Werk is often used when an accomplishment has been met or to show approval of someone or their performance.

Peacocking
Many say hip-hop’s identity seems to be pulling inspiration from ballroom culture today more than ever. The act of peacocking is very common, such as wearing flamboyant, eye-catching outfits, including expensive jewelry such as chains (such as Flavor Flav’s clock, MC hammer’s pants and Pharrell’s hat). High budget, costumed and high-energy performances are common, such as Nicki Minaj’s concerts. Some rappers, including A$AP Rocky and Soulja Boy, even reference the subculture by labeling themselves “pretty.” To quote rapper Mykki Blanco, “Gay men invented swag.”

Fabulousness
An expression of enthusiasm and joy, fabulous and fabulousness are a compliment to someone or their appearance and actions. These terms are now used frequently in gay slang, in the fashion industry and in mainstream colloquial language.

While many of these cultural phenomenons seem obvious or like they’ve always been around, they haven’t. They came from somewhere and when using them, keep in mind the difference between cultural exchange and culture appropriation.