Why ‘Bob’s Burgers’ is the best show on television 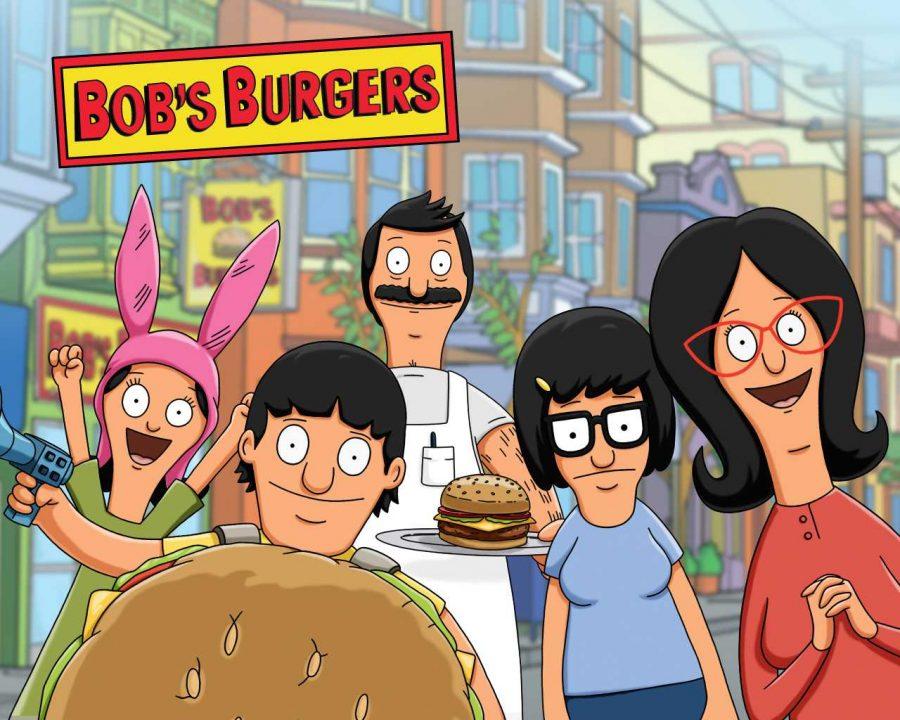 “Bob’s Burgers” is my favorite show on TV right now. They added season four of “Bob’s Burgers” on Netflix a couple weeks ago, so, of course, I’ve already watched it several times.

A common trend on TV lately is dysfunctional, usually rich, white people being depressed about their rich white people problems. The characters are often apathetic, which makes them cool and “above it all.” There’s nothing wrong with this (hey, “30 Rock” is in my top five) but it’s nice to see a break from the trend. In contrast, the Belchers are as genuine, enthusiastic, ridiculous and weird as you can get. They are less of a dysfunctional family and more of a ridiculous family that dysfunctional things happen to. Every episode is one of those “everything that can go wrong does go wrong” situations. Through it all, the Belchers are a loving family that supports each other, and every single character is likable and relatable. By the end of the first episode, you’ll want them to adopt you.

Bob
As curmudgeon-y as he is, Bob lives a happy and loving life. He is caring and open-minded, like in the episode where he’s the only cab driver who will pick up drag queens. He simply isn’t bothered by anything that is “different” from his usual life. The show uses his male perspective to point out things about the male population, such as bantering with regular customer, Teddy: “Why do men have to ruin everything? All the war!” or sending him to a Brony convention and embracing new ideas. He is often baffled by the things around him, such as his kids’ ridiculous antics (hence the “oh my god”s), but he eventually takes it all in stride.

Best quote: “Listen, you’re my children and I love you, but you’re all terrible at what you do here and I feel like I should tell you…I’d fire all of you if I could.”

Linda
A very strong, positive woman who easily stands up for herself and her family at anytime. She is so down to earth and relatable, acknowledging everyday things such as needing another coat of deodorant or that she’s gassy. She’s so charming and hilarious and often breaks gender stereotypes. For instance, in one episode, she takes flying lessons and the instructor tries to seduce her since she’s a “bored housewife.” She ends up head-butting him and eating all his food while yelling, “Women don’t want to be tricked into having sex!” He replies, “Well, when you say it like that, it sounds gross.” All in all, she is a bad-ass woman with an open mind and heart. She encourages her kids to be who they want to be, such as supporting Tina’s erotic friend fiction or crying after reading Gene’s short story about farts because she was so moved. She stays positive no matter what and says her signature “Alriiiight” in every situation.

Tina
The eldest daughter, Tina, is hardcore going through puberty and has a sexual awakening every other day. She spends her days writing erotic friend fiction, dreaming about making out with zombies and staring at Jimmy Junior’s butt. She is super sex positive, which is awesome to see coming from a female character. To quote Laci Green, Tina is able to embrace her sexuality and “comes through as a sexual subject instead of a sexual object.” Both Linda and Bob also encourage her sexuality, not the usual shame or repression that often comes along with female sexuality. She follows in her parents’ open-minded footsteps, with quotes such as “Bi-county area? I didn’t know our county was bi. Good for us.” Tina is just dealing with teenage life and the struggle is real. The Tina Belcher moan, seen below, has become a cultural phenomenon.

Best Quote: “I’m no hero, I put my bra on one boob at a time like everyone else.”

Gene
The middle child, Gene, is loud, hilarious, attention seeking and always ready with an inappropriate sound effect. He wants to be one of the girls – he connects most with Linda and his sisters. He adds a unique perspective to masculinity by gender-bending and embracing both feminine and masculine traits. His less traditionally masculine actions, such as dressing up as Queen Latifa for Halloween (“from her UNITY phase”) or having shopping/gossip days with his mom, show that he can act however he wants without it changing his gender identity. He is open-minded about gender, sexuality and everything else. He loves gross, crude humor and always brings cringe-worthy comments to family meetings.

Louise
The youngest and snarkiest member of the Belchers. Even though she’s always focused on scheming, plotting and laughing like an evil genius, deep down she loves her family. Her begrudging love is shown in quotes such as, “Messing with Tina is a privilege, not a right!” She puts up with no one’s crap – she’s outspoken and blunt. It’s good to see a female character taking on traits that are traditionally male. It is also great to see a young girl be encouraged to speak her mind instead of being called “bossy” or told to smile and look pretty. She’s incredibly intense, full of street smarts and committed to whatever mischief she’s planning that week.

Best Quote: “So you want to be real artists? Okay, but you two have to go all the way. One of you has to lose an ear!”

The show is full of awesome characters. Even the side characters are great, such as Teddy, the lovable, slow-witted family friend, whose babysitting episode ends with a lovely speech defending Tina and saving her from ranger jail. Or Zeke, who falls into the bully role, but is super open-minded and supportive of his best friend Jimmy Junior.

Aside from being comedic gold, the show is also phenomenally feminist, breaking gender stereotypes, embracing marginalized populations and encouraging the idea of being different. It’s not an in-your-face kind of message – these positive social justice ideas underlie every part of the show in a subtle way. This is fantastic in general, but is especially fantastic since cartoons with adult humor and fart jokes usually cater to the 18-49 male audiences (think “Family Guy” and “American Dad”). It’s awesome that this audience is exposed to ideas like this since this group of people is often the least educated on social justice issues.

“Bob’s Burgers” is a perfect, pun-filled, enthusiastic and genuine show with a wonderful message, perfect comedic timing and great dialogue. There’s a reason why there are multiple Tumblrs dedicated to “Bob’s Burgers” quotes. The show finds the perfect balance between positive meaning, childish jokes and dark humor. It’s so easy to watch, you’ll get through a season quickly and you’ll be offended when Netflix asks if you want to continue watching (the answer is always yes, Netflix).