Students to showcase their skills at ‘CSU’s Got Talent’ 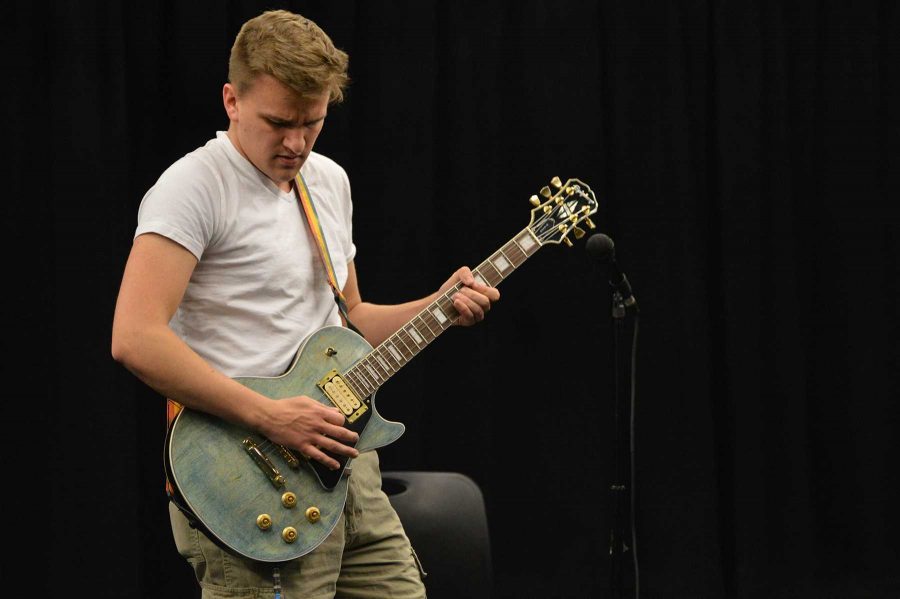 For Taz Arguello, CSU’s Got Talent is the perfect opportunity to showcase his love for DJ-ing.

The junior theatre major will be running a 30-minute pre-game show before the event Friday.

“I used to be really, vehemently against rave music, techno, that sort of stuff,” Arguello said. “Now, I’m actually DJ-ing the event. I DJ all the time in my spare time.”

Keili Elliot, a senior theatre major and stage manager for the event, said that CSU’s Got Talent allows students to demonstrate their hidden talents.

“Musicians may get to play in their house, but now it’s a cool way to show everybody what they can do,” Elliot said.  “It’s a really cool experience for them to broadcast their talent.”

Elliot said that the organization has worked hard to market to all students across campus.

“We only have one theatre major performing,” Elliot said. “We’ve got a ton of people talking about it.”

For Halden Schnal, a senior political science major, this is the first time he will perform his spoken poetry to a public audience.

“I’m nervous, but I’m also very excited,” Schnal said. “It’s nice to be able to share with other people what I’m passionate about.”

The free event will take place in the Lory Student Center Theater at 7 p.m. Friday. According to Elliot, 14 performers will compete. The event will also be live-streamed on YouTube.

“It’s crazy that this thing got big enough to attract the president of the University,” Schnal said.

Audience members will decide the final winner via a Twitter vote.

“Students can support Rams through this, but it’s also great for discovering a talent,” Elliot said. “They can say, ‘Hey, I could do that too.'”

Performances will consist of dancing, singing, hula hooping and performing slam poetry.  The event is presented by the Young Producers Organization, Ram Events and Ram Productions.

“They’re are so many different acts and everybody is so passionate about what they do,” Schnal said. “It’s all stuff people don’t do or see often, which makes it interesting.”

To Schnal, the competition allows him to share meaningful events from his life.

“I draw from my personal experience,” Schnal said. “I write about my life, and I hear stuff from somebody about things that they’ve gone through. … I figured this would be a great way to showcase my poetry.”

Collegian A&E Writer Hannah Ditzenberger can be reached at entertainment@collegian.com or on Twitter at @h_ditzenberger.