Sassy with Cassie: I’d like to order one musical flash mob, please 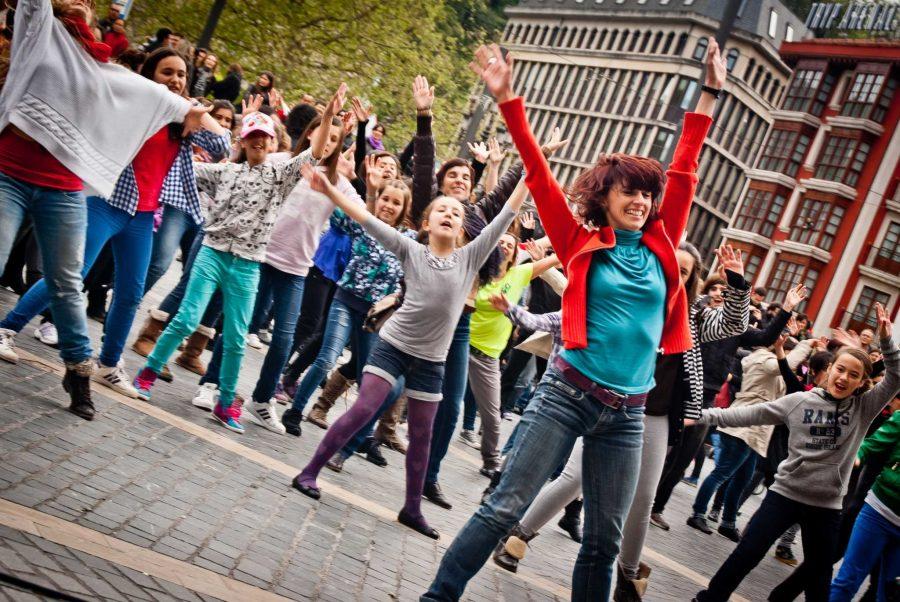 These last few week of school feel like how I imagine the ants felt when I sprayed their army with bug spray and watched them silently scream in the agony brought on by droplets of acidic rain.

I turned in a 10-page essay last week. I had absolutely no clue what I was doing, and it will be a miracle if I receive a decent grade. Also, I’m pretty sure it was supposed to be 15 pages long, not 10.

All weekend long, I had nightmares about that essay. I tried to take naps, but instead had stress dreams about being paralyzed. The scariest part about being paralyzed in my dream was that I would not be able to get up from my nap and go to work, therefore I would be fired.

Recently, I have been researching creative ways to relieve the stress that comes with the end of the semester. My research began with a rerun of “Cheetah Girls 2.”

The Cheetah Girls often encountered problems, because being in a girl group is hard, and so is being in a terrible sequel. But they used the power of sisterhood and music to find happiness.

And suddenly, the solution hit me: Make your world a musical.

Think about it: Musicals are for everyone. Troy Bolton, the basketball superstar, proved that.

After my epiphany hit, I started dancing through the aisles of a store. There I was, standing wide, squatting low, putting my hands in the air and swaying side to side like a tree. My sister yelled at me. She yells at me every time. I wish she would join me.

I like those inspirational scenes in movies where some brave soul stands on a table and begins delivering an inspirational speech (see Robin Williams in “Dead Poets Society“). At the end of it, all the kids stand on their desks in support.

I mean, it did not stop him from being totally fired, but it was a pretty swell moment.

I want that moment during finals. Except in my case, I want to stand up on my desk during the philosophy final and sing. I want to sing about how we made it through together: “Even though I was almost positive a fight was going to break out at some point during the semester, it did not, and we made it.”

And then everyone in the class would stand on their desks — despite their various philosophical beliefs — to join together in song and dance. I would be leaping across tables, smiling, spinning and celebrating, rather than soaking my Scantron in tears.

I want a flash mob-style musical on the Plaza. I theorize that people’s problems would be solved much more quickly if everyone sang about them to each other.

To the members of the flash mob: Start low and on the ground. Sing dramatic lyrics as I slowly begin standing, increasing in volume as I rise.

I’ll have at least 20 people join in a chorus in order to best support my solo.

All of that being said, sadly, this is reality and you ding-a-lings would probably throw things at me.

Collegian A&E Columnist Cassie Maack can be reached at entertainment@collegian.com or on Twitter @maackcl.