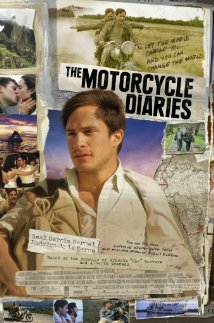 When it comes to foreign films, most people picture smokey rooms, instrumental music and a beautiful French woman struggling with some inner-emotional turmoil in a black and white subtitled film. Many Americans are reluctant to delve into the world of foreign films because they have the aforementioned stereotypical image of what foreign films are like. The preconceived notion that all foreign films are French, Italian or of some European origin is false. Latin American films depict social, cultural and historical issues that have and still do plague the lives of Latin Americans.

Not many Americans focus on Latin American history and culture when studying social studies through the course of our education. Most schools and curriculums choose to focus on the history and current events of the United States and western Europe because those countries are most culturally like our own. Here are four Latin American foreign films that present issues and historical figures that are important to Latin America.
“The Motorcycle Diaries” (“Los Diarios de Motocicleta”)

Based off the book and diary entries of the controversial Ernesto “Che” Guevara, “The Motorcycle Diaries” follows young Ernesto on the motorcycle journey that inspired his life’s work. Young Argentine medical student Che decides to go on a motorcycle adventure from Argentina to Peru with his friend, Alberto. On this journey, the affluent Che is exposed to the maltreatment of the indigenous, sick and poor people of South America. This journey defined Che’s work as a Marxist revolutionary, physician and diplomat, fighting for the rights of the indigenous and poor people of Latin America.
“The Liberator” (“El Libertador”)

Maria, from Colombia, finds herself becoming a drug mule between Colombia and New York after she is in dire need of money to support her family. She agrees to carry cocaine with another women to New York. However, when she arrives in New York, things start to go wrong. This film represents the drug trafficking that happens among Colombia, the United States and Europe. Drug trafficking has negatively impacted Colombia’s economy, safety and morale.
“Cocalero”

This documentary is about the fight of Cocaleros, indigenous farmers of coca, and their fight for their right to continue growing the culturally significant and controversial plant. With pressure from other countries, such as the United States, many South American governments have tried to ban this plant’s growth. This documentary follows the work of Evo Morales, the first indigenous president of Bolivia, and the indigenous people’s efforts to preserve their culture.