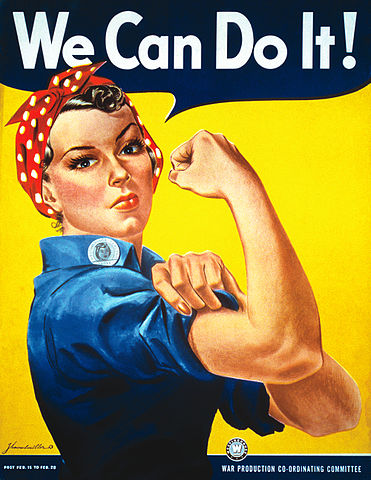 It’s March. And for all the average Joes and JoAnnes out there, there isn’t too much to celebrate this month besides St. Patricks Day, a holiday for binge drinking, the appropriation of “Irish” culture and the beautiful arrival of spring (for those who don’t live in the winter wonderland of Colorado).

March also brings some other lesser-known holidays to the table too. A few notable mentions include World Kidney Day, Quilting Day, Fill Out Staplers Day and Manatee Appreciation Day.

However, all jokes aside, the month of March is also an important day for a large population around the world: women.

March is Women’s History Month, which has been recognized by the United States government since 1987. There is also a specific day this month that was declared International Women’s Day back in 1911, a day dedicated to celebrating the achievements of women in countries around the world while continuing the fight for equality.

Although started by the women’s movement, The United Nations General Assembly adopted the day as a critical platform from which to advocate for equal opportunities in education, the end of violence against women and poverty, economic equality, non-discriminatory representation in the media and the power of women to make decisions about their health.

The goal for the U.N. is to raise awareness about social and political issues that women face while discussing ways to rid society of sexism and gender discrimination. This day, and women’s rights in general, is inclusive, not just to women and girls, but also to men and boys who can support the movement by relating to the concept of feminism.

He For She, a United Nations Women movement for gender equality, has started conversations about women’s rights on social media and in the news. British actress Emma Watson has become a face of the movement and has become one of the most well-known advocates for ending gender discrimination by pointing out the ways it affects both women and men. Other famous celebrities have also supported the movement for women’s rights, including Beyonce, Joseph Gordon-Levitt and Steve Carell.

Every year, United Nations picks a theme for International Women’s Day to focus its platform on. In 2014 the takeaway message  was “Equality for Women is Progress for All.” This year the theme is “Empowering Women, Empowering Humanity: Picture It” based on the Beijing Declaration and Platform for Action which recognizes achievements of women in the workplace and society while also addressing concerns of gender wage gaps.

Countries all over the world recognize IWD, some celebrating with an official holiday complete with festivities. The United Kingdom, United States, Australia, Canada and many other nations have noted IWD on their calendars and cities in each country organize parades and marches, fundraisers, art exhibits, speakers, movie screenings and even concerts.

The U.N.’s official IWD website offers a tool to search for celebratory events near you all month long.