Mozart modernized at the UCA this weekend 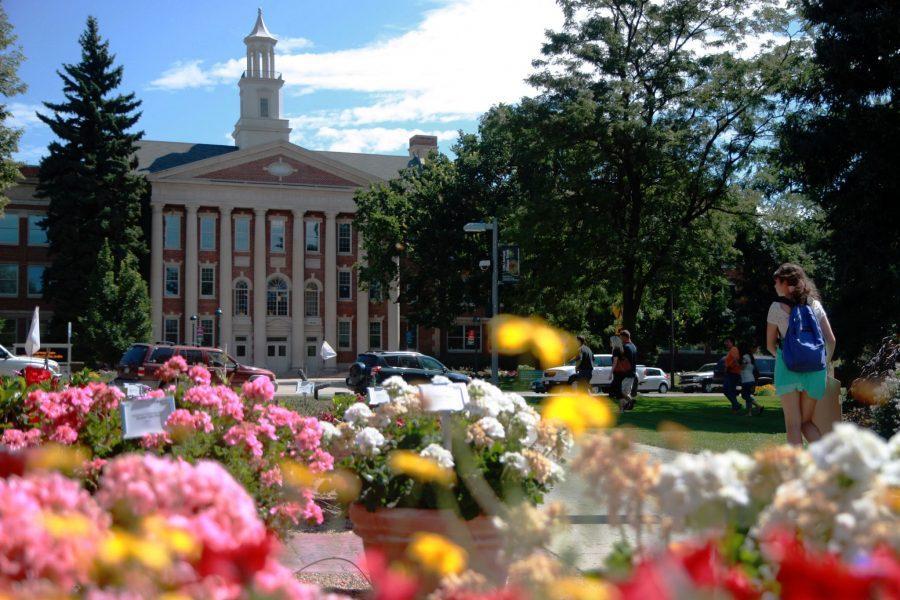 Good thing you were out of town last week for spring break, because the UCA was permeated with toxic fumes for days.

According to Roger Hanna, a theatre professor with a concentration in set design, the source of the fumes was shiny, black paint covering the “blonde” stage in the Griffin Concert Hall. For their next show, CSU’s performing arts majors innovated and collaborated to the extreme.

The Ralph Opera Center presents “Idomoneo” by Wolfgang Amadeus Mozart this weekend with performances Thursday through Saturday at 7:30 p.m., and Sunday at 2 p.m. Tickets are $10 for students.

Mozart wrote “Idomoneo,” a French-and-Italian-influenced Trojan War epic, in Germany when he was 25.

Hanna said it has been a challenging production for the theatre, music and opera departments, with theatre providing set and costume design. Directed by Dr. Tiffany Blake Oliver and conducted by Wes Kinney, Hanna said Blake’s obstacle was streamlining Mozart’s piece.

“It’s an opera that’s hardly ever done because it’s so long,” Hanna said. “Dr. Blake’s interpretation is the tightest version you will ever hear. This show was a rare opportunity for everyone involved.”

The opera is set in seven different locations, complete with a sea monster battle, according to Hanna. He said that projections are the best way to transition between settings fluidly, and they make it possible to take the stage in and out of characters’ minds during solos.

“This venue is difficult for doing something where the bulk of the scenery is projected,” Hanna said. “Everything is light-colored, so we had to make the set big and all-black, with as little bounce light as possible to wash out the projections.”

As for Blake herself, this is her first time staging a complete Mozart opera. She said her reimagining includes a futuristic world that modern spectators can better relate to, while staying true to the expressive, classical singing showcased in the original piece.

“Audiences can expect to enjoy some really beautiful music,” Blake said. “They will also experience the excitement of the show’s cyberpunk design. The visual interest of the projections will be really enjoyable for those who won’t expect to see such a thing at an opera performance.”

One of Blake’s performers is Emily Morris, a master’s student in music, who plays the female lead, Ilia. Morris has performed all her life, and began to take singing seriously when she was 10 years old. She has sung in every opera at CSU since she transferred here in 2010.

“I think the future of this department is bright,” Morris said. “It has grown immensely just in the few years that I have been here, and that is due to an amazing faculty, especially Dr. Blake. She has a wonderful, fresh vision for operas that pushes boundaries, but still keeps them accessible.”

Speaking on the more technical side of the project is Jessica Whitehead, the assistant master electrician for stage lighting at the UCA who designed the lights for “Indomoneo.” This is her first opera, having mostly done lighting for concerts and dance shows.

“People come to see shows to escape from everyday stress, and being a part of that escape is what inspires me,” Whitehead said. “If you’ve never seen an opera before, come see this one and I promise you’ll be back for the next one. I think the audience will be stunned.”