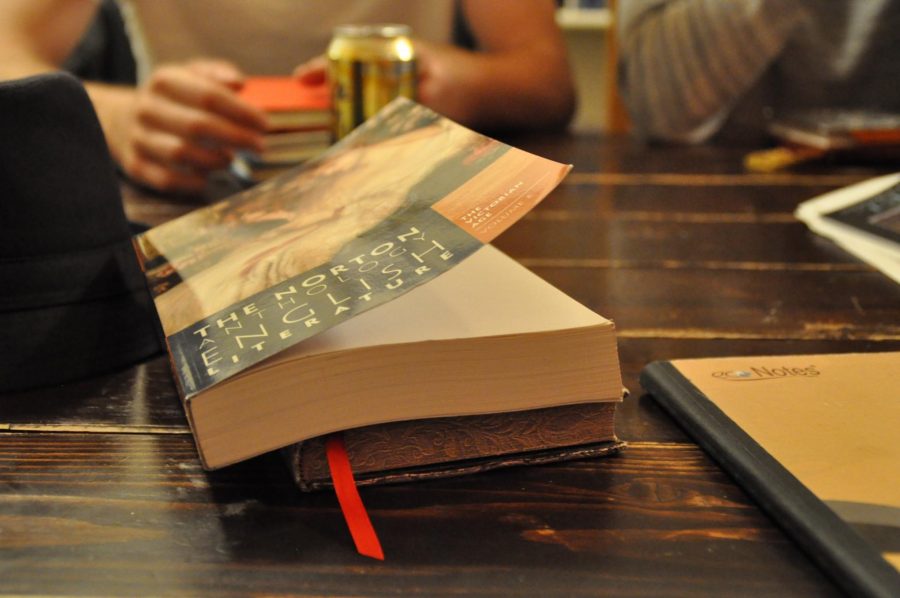 Colorado State University has a Dead Poets Society. They do not stand on desks and they have not attempted to contact the ghost of Robin Williams, but they do sneak off to the cave off campus known as the Wild Boar Café to read poetry.

Kelsey Easton, a sophomore English major, started the society in late October 2014. She got the idea her freshman year when she talked to Mary Hickey, the adviser for the National Counsel of Teachers of English. Hickey started a Dead Poets Society when she was in college. Easton took the idea and created her own Dead Poets Society at CSU.

“She talked about how she did that at her college, and I thought it would be good to

The club is still new, so they have not held many meetings. In the few meetings they have held, they have tried to keep it interesting.

“We read Shel Silverstein seductively one time, which was interesting,” Easton said.

On Friday the 13th, they so fittingly read Edgar Allan Poe.

The members of the Dead Poets Society read a mixture of their own work and the work of other poets. Easton says her favorite poet to read is Emily Dickinson.

Senior creative writing major Cassandra Buitran has only been to two meetings, but said she loves the club already.

“I love the exposure to new poetry,” Buitran said, “Hopefully [the members] are brave enough to share [their work].”

The meetings go for about an hour and a half, so it is sometimes hard to read only original poetry for that time.

“The strength of the work and knowledge of the poets is amazing,” said Eric Toller, a freshman bio chemistry major. “Sitting around these poets is interesting.”

Just like in the movie, the Dead Poets Society provides a sense of comradery among its members.

“It is really fun to have a little bit of solidarity with people to nerd out about poetry,” Easton said

Collegian Interactive News Team member Mikaela Antonelli can be reached at socialmedia@collegian.com or on Twitter @mikaela_tweets.