Why “Boyhood” is an excellent film 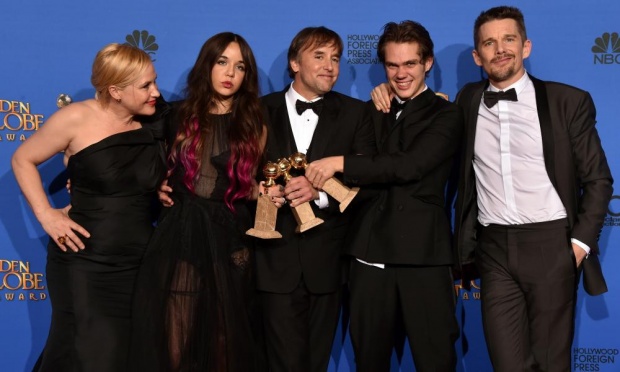 Richard Linklater‘s “Boyhood” is one of the best films of the year, and will probably win Best Picture. This is why:

Most complaints against the film are: “It’s so boring” or “It’s too long” or “Nothing really happens.”

Is “Boyhood” the most entertaining film I’ve ever seen? No. Not by a longshot. In fact, I think “Birdman” is a masterpiece and is my favorite film of the year. But that doesn’t mean “Boyhood” isn’t incredible. It’s one of the most creative uses of the medium, ever.

In regard to “Boyhood’s” length, this isn’t the film’s fault. Some of the best movies of all time are much longer. “Schindler’s List,” “The Godfather,” “The Godfather: Part II,” any of the “Lord of the Rings,” any Stanley Kubrick film, and good old “Gone With The Wind” are all three hours or more, much longer than “Boyhood.”

Any problem with the length is just dependent on the individual. The truth is that we aren’t exposed to many films longer than two hours anymore. After “The Birth of a Nation” in 1915, many popular films were actually so long that they needed intermissions. I’ve seen a whole bunch of silent films longer than four hours, even one that was six and a half hours long, “Les Vampires.” And all of the great war/sword and sandal epics of the 60s and 70s were incredibly long, like “Lawrence of Arabia” or “Ben-Hur.”

But the point is, I’ve sat through much longer films than most people, so the 165 minute “Boyhood” didn’t bother me at all. For some people it does. It’s all about the person watching.

To have put in an extraordinary event or plot device would have ruined the point of the film. The purpose of “Boyhood” is to show that life itself is dramatic. That just living can be difficult. Just growing up is hard. We all know this, but understandably expect film characters to go though some life-changing experience that hardly anyone in the real world will ever have.

“Boyhood” is a refreshing break from that. Like Linklater’s other films, the “Before” trilogy, “Slacker” or “Dazed and Confused,” “Boyhood” is just about life. It doesn’t pretend to be anything more.

Where most films are a portal to another world, “Boyhood” is a mirror. A mirror of the past 12 years. Whether it’s American politics, war, popular culture or technology, the film is really an ode to American life. Film is about storytelling, and sometimes we can forget that just our lives are interesting enough stories on their own.

While the actual total shooting time was average for a film of this budget, the span of the shoot is amazing. It has never been done before in a single narrative film. It likely will not happen again for a long time, because it is extremely difficult, and really only serves the purpose of showcasing childhood.

This makes “Boyhood” a rare gem to be appreciated. And, it mostly has been. It’s at the 151st spot on IMDb’s Top 250, and it’s the only narrative film of the 21st century to get a perfect 100 from Metacritic.  There are also the 140 awards and 121 nominations it has claimed in the past year. Twenty-seven of those are for Best Film, including the Golden Globes and the BAFTAs.

All those numbers predict an easy Best Picture win. While my fingers are crossed for “Birdman,” I wouldn’t be upset if “Boyhood” won.