The state of “Better Call Saul” 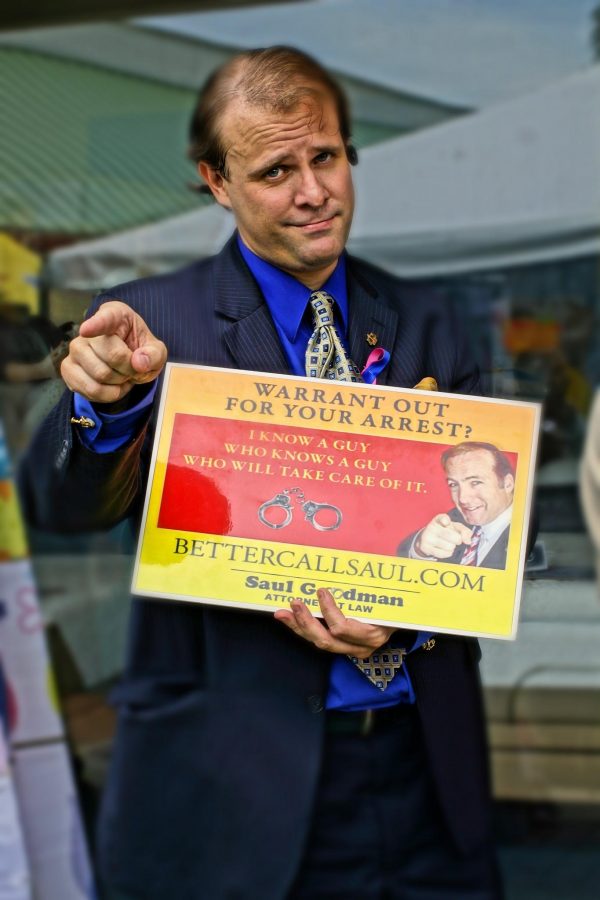 Traffic accident? Better call Saul. Injured on the job? Call now. Just confessed to a homicide? What are you waiting for? Need a new show to watch before “House of Cards” and “Game of Thrones” air again? “Better Call Saul.”

“Better Call Saul” is a spinoff of the glorious “Breaking Bad,” starring Bob Odenkirk as the corrupt lawyer James McGill, a.k.a. Saul Goodman. The show premiered three weeks ago, and the everyone is wondering whether or not the show can hold its own against its predecessor.

After watching the first four episodes, I feel as if its almost insulting to compare “Better Call Saul” to “Breaking Bad” because “Saul” has proven itself to be independent and new.

The show takes place six years prior to the events of “Breaking Bad,” making any major mixing of the two impossible.

Though operating in the same universe as “Breaking Bad,” this show has a completely different tone, rhythm and overall feel. Saul’s story is so different from Walter or Jesse’s, who have not been mentioned yet at all, by the way.

In my opinion, Saul is a just as, if not more of an interesting character than Walter and Jesse. Since the show revolves around just him, much more attention is given to him and his backstory. A courtroom drama mixed with the crime drama of “Breaking Bad” is incredibly refreshing.

Odenkirk stars as Saul, and brings a really unprecedented amount of life to his character. Saul is relatable, funny and surprisingly intelligent.

The directing and editing style of the digitally shot “Saul” is new and fantastic (“Breaking Bad” was shot on 35mm film for a vintage look).

Temporal and situational cuts are done with extreme precision and care. For example, flashbacks are connected by match cuts on the same objects or people in different times. For those who don’t know editing lingo, match cuts are like candy to editors. The feeling of a good match cut is comparable to your favorite team in a football game getting an interception.

The general editing is tight and neat, which just makes the show feel so polished and much more organized than the handheld style of “Breaking Bad.” Most of the major crew members joined in from the original show, resulting in the same aesthetic, but with writing that creates an entirely new story.

Film buffs will love the show, as characters recite several old film references every episode, including nods to “Duck Soup,” “The Shining,” “Cabaret,” “The Thing” and “Spartacus.”

If you don’t believe me, the data speaks for itself. The show is rated at a 9.4 on IMDb, just one tenth of a point lower than “Breaking Bad,” which had a rough beginning. So far, “Saul” has an average of four million viewers a week.

What’s surprising to most people is that “Breaking Bad” took five and a half seasons to reach those numbers, meaning it was actually in danger of being cancelled in its infancy.

“Saul” has a bright future. And, just for fun, check out Saul Goodman’s website. It’s a real thing.

Collegian A&E Writer Morgan Smith can be reached at entertainment@collegian.com or on Twitter @MDSFilms.