For your consideration: short reviews of the Oscar-nominated shorts 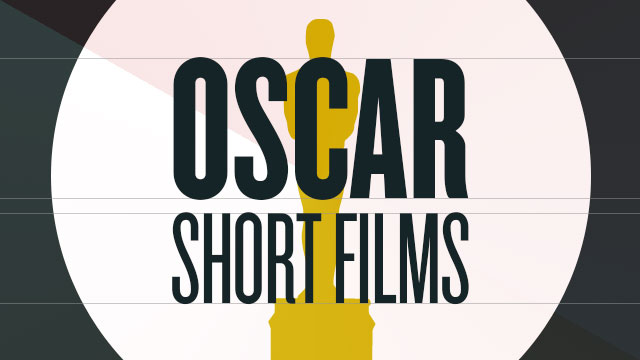 Films in two of the lesser-known Oscar categories are getting attention in Fort Collins, and a Colorado State University graduate helped create one of them.

The short subject categories were created in 1932, recognizing novelty, comedy and cartoon shorts. That was the year Walt Disney won the first two of his 22 Oscars for the cartoon “Flowers and Trees” and an honorary award for the creation of Mickey Mouse.

Today, the categories are split into animated and live-action, and usually only played in film festivals.

Fort Collins has the unique opportunity of being able to see them playing now at the Lyric Cinema Café.

To prepare for your trip to the Lyric, here are some short reviews to tell you what you can expect:
Animated
“The Bigger Picture“

“The Bigger Picture” is a stop-motion film where the characters are 6-feet-tall paintings on the walls of full size studio sets, painstakingly erased and re-painted to tell a black comedy narrative. The style is interesting, but the paintings and the tone ultimately just creeped me out and took away from the actual story of two brothers losing their sick mother. The British Academy of Film and Television seemed to disagree, as it won Best Animated Short there.

This short is about a pig who keeps the mysterious darkness from engulfing his town, the bullies he deals with and the one friend, a fox, who helps him through everything. It is really a touching story, and the art direction is perfect. The whole short looks like a series of pastel drawings, like the pastel drawings the main characters draw in the film. Duncan Ramsay, a former employee at Pixar and CSU graduate, was a producer on the film.

This was my personal favorite of all the animated films.

“Feast” is Disney’s latest short, and not shockingly, it did not disappoint. The short follows the life of one hungry puppy and his owner. It was adorable, and technically speaking, quite impressive.

“Me and My Moulton“

I honestly do not know why this was nominated. It was pretty horrible. There was not really a plot, a lot of lackluster jokes and no new or innovative animation.

I also do not know why this was nominated. The animation quality reminded me of what actual animations look like in the first stages before they are touched up. A whole lot of slapstick humor does not impress me.

The plot to this one was strange and did not make a whole bunch of sense, but was OK. The dialogue was clever and tense, but the 40-minute screen time drew out the film too much.

This story is set in Belfast in the 1970s, and the first shot made me think I accidentally walked into a showing of “’71,” but it was actually about two boys with ultra heavy Irish accents who raise two chickens. The kids kind of read their lines with monotones throughout the film, but it was a cute story with an interesting historical backdrop.

This was a creative premise for a film, about a man photographing Tibetan nomads in front of various backgrounds. But the premise is never expanded upon, and there really is not a plot, just a series of families posing for pictures.

This was about an Afghani woman living in Switzerland adapting to a new culture and way of life. It was a nice view of society, but not incredibly deep or entertaining.

This was amazing. Helped by a little star power from Sally Hawkins, this short almost entirely takes place at a suicide hotline, where Hawkins’ character comforts an dying old man who cannot bear to live without his wife. It was touching, well done and a creative use of just two locations.

In addition to showings at the Lyric, students can also catch all of these films for free in the Behavioral Sciences Building Friday at 7 p.m. in room 131.