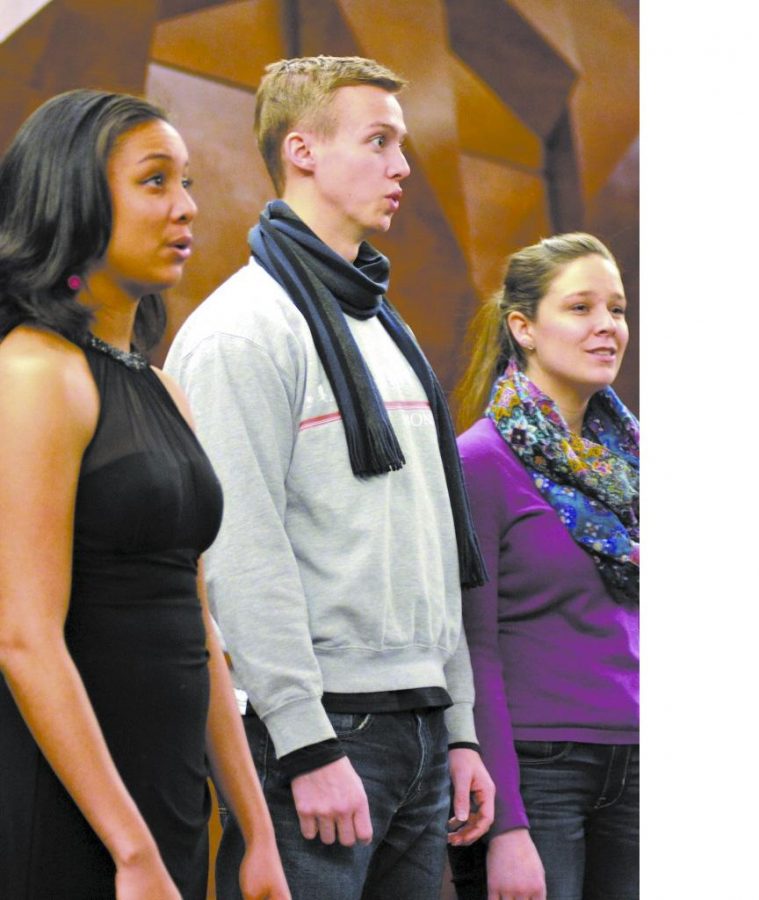 Donning a black dress with curls framing her face, junior Marissa Rudd radiates confidence and class — things she said she will need to pursue a career in opera.

Describing her voice as “big,” Rudd said she thinks she has a chance to win Colorado State University’s Singer of the Year competition Saturday.

The competition will feature vocal performance majors Rudd, Justin Little and Vanessa Doss and music majors Andrew Wallace, Ingrid Johnson and Schyler Vargas. It will take place at 7:30 p.m. in the Organ Recital Hall at the University Center for the Arts and is free to the public.

The event has occurred for 10 years at the University, according to John Seeshotz, associate professor of voice and a judge for the competition.

“It was created to give current CSU undergraduate students an opportunity to audition for top-dollar music scholarships,” Seesholtz said. “For in-state students, the first prize almost covers their tuition for the year at CSU.”

The first place winner will receive the $5,000 top Singer of the Year award, and other participants will have a chance to receive the Charles and Reta Ralph Undergraduate Scholarship, the Most Improved award or the James McDonald Memorial Scholarship.

Wallace, a freshman, said he had nothing to lose by auditioning.

“It didn’t cost me money to sign up, so definitely I was going to take advantage of the chance to get a scholarship,” Wallace said.

While Rudd is required to audition due to her vocal performance scholarship, she said participating in the competition is beneficial.

“It’s a lot different than performing in front of your friends and it’s also a lot less stress-free, because they (the judges) don’t know how good you are,” Rudd said. “They don’t know what you’ve been working on. They don’t see you every day in studio getting better.”

Seeshotz said he believes the competition will expose viewers to the older art form of classical music.

“This concert is a great way for someone interested in the genre to get their feet wet,” Seeshotz said. “Many young people have never heard live singing in a hall without amplification. For many, to hear a human voice projected with such power without help from a sound system can be quite exciting.”

According to Seeshotz, competitors will each sing two songs and will be evaluated on their vocal technique, talent, style, acting ability and ability to sing in multiple languages.

Rudd said the most challenging part of the competition is trusting her training.

Collegian Diversity Beat and Entertainment Reporter Hannah Ditzenberger can be reached at entertainment@collegian.com or on Twitter at @h_ditzenberger.