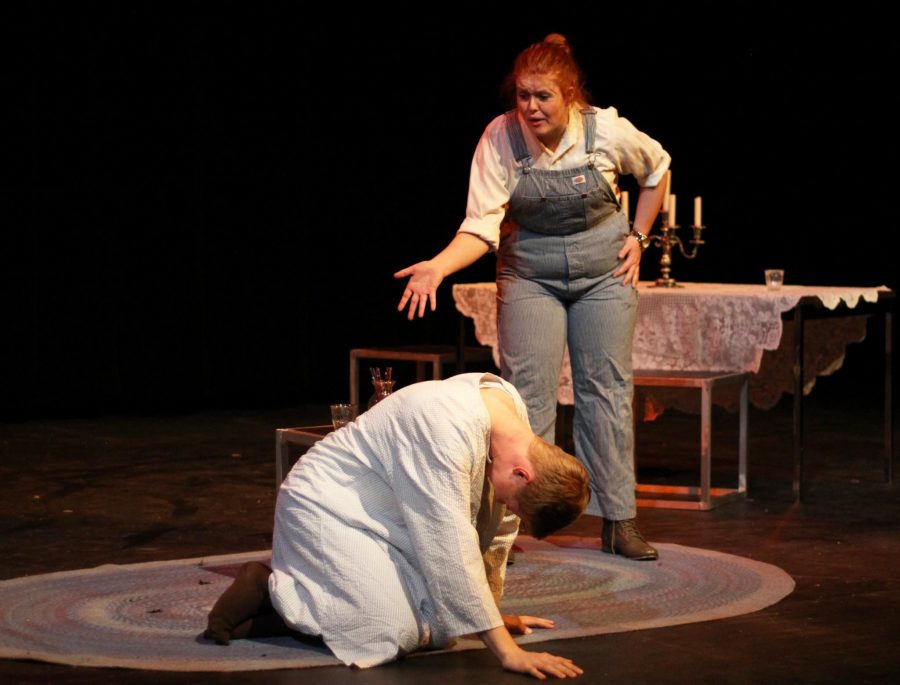 They say that imitation is the sincerest form of flattery.

In keeping with this spirit, the CSU theater department presents its Second Annual Freshmen Showcase Project, their first show of 2015. Directed by Dr. Laura Jones, this year’s theme is “Parodies and Pairs O’ Boxes,” which will lampoon the UCA’s most recent productions.

These productions include “A Year with Frog and Toad,” “The Glass Menagerie” and “The Complete Works of William Shakespeare: Abridged.” It is a chance for underclassmen, both in and outside of the department, to get involved and show off their talents.

“This show is cool because it’s all about the freshmen and new people in the department,” Langeberg said. “There are a lot of non-majors, too. The spirit of the whole thing is to explore and try something new.”

According to Langeberg, this showcase has cemented her passion for stage management because it all made her fall in love with being a leader in the theatrical arts. She plans on pursuing stage management to whatever capacity she can after graduation.

“Everybody, from the actor to the designers, had input,” Langeberg said. “The director never came in and said, ‘This is what we’re doing.’”

One of those actors is Zack Rickert, a freshman in theater. He has done theater formally since his freshman year of high school, but, when he was younger, he used to put on plays just for his family to watch.

“It’s fun, and I enjoy doing it,” Rickert said. “It makes me happy. I can’t imagine doing anything else.”

Audiences can expect to take away a lot of laughs and walk away feeling impressed with the freshmen, according to Rickert. The department formed better relationships amongst themselves, Rickert said.

“It was a good experience for us to do the show from scratch as a group,” Rickert said. “It’s unlike anything else I’ve ever done in that I had more of a say in what to do and how to do it. I play a few roles and include some variety in them, so, hopefully, I’ll act more in the future.”

Another actor is Charlotte Clanton, a freshman theater major. Clanton said that as funny and as silly as the show will be for spectators, it is a product of hard work from all the freshmen, and it helped these first-year students get to know each other better at their new school.

“Theater can move people in ways that other things can’t,” Clanton said. “I always want theater to be in my life, maybe even to teach it, and the experience of putting this thing together was good at showing us how to incorporate different ideas.”

Collegian A&E Writer Hunter Goddard can be reached at entertainment@collegian.com or on twitter @hunter_gaga.