Why Disney acquiring “Star Wars” is a good thing 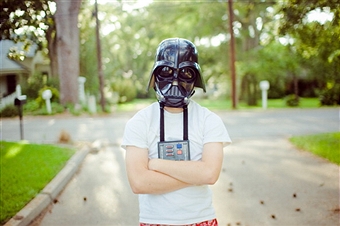 When news broke that Disney had acquired the rights to the “Star Wars” franchise, many people panicked.

Would the next movie be full of singing and princesses dreaming of their perfect Han Solo? And when further news was released that all the extended canon—books, games and anything not movie-related—was no longer going to be valid, people’s worries grew.

Despite the changes coming to one of the most beloved universes, Disney acquiring “Star Wars” can only be a good thing, and here’s why:

Disney now employs some of the world’s best comic writers.

While Dark Horse no longer gets to bring us “Star Wars” stories, this means that we have an all-new slate for writers such as Jason Aaron, Mark Waid and Kieron Gillen to flesh out the characters we have come to know and love from the original trilogy.

January saw the release of the new “Star Wars” comic, written by Jason Aaron, which received much critical acclaim. This is the writer who has been penning the superb Thor comics over the last couple years, as well as recently introducing a female Thor that you may have heard about in the news.

Not only that, Kieron Gillen is bringing us a comic featuring everyone’s favorite Sith lord, Darth Vader, as well as the phenomenal Mark Waid bringing us Princess Leia in the coming months.

Anyone who has touched a comic recently should be intimately familiar with these three writers’ works, and the art is going to be just as strong if previews are any indication.

If there was any more doubt as to the quality Disney can bring to things that aren’t fairytale related, look at the Marvel cinematic releases over the last few years.

The “Iron Man” trilogy, the “Thor” movies and especially “The Avengers.” All the movies that have been released from Disney and Marvel together have been nothing less than highly entertaining, and in the case of “Guardians of the Galaxy,” spectacular.

They know who the movies appeal to and capitalize on that audience, and at the same time bring in a whole new casual audience who realize that superheroes aren’t just for kids. While Christopher Nolan’s “Batman” trilogy was insanely popular, nothing has brought this geeky culture into the spotlight like Marvel movies. These are movies that have depth to them, and as the universe expands and gets more mature, depth is something “Star Wars” needs instead of brooding children and Jar-Jar Binks.

If any studio can handle George Lucas’ world, it’s Marvel.

The man responsible for making “Star Trek” cool and able to compete with “Star Wars,” J.J. Abrams has proven that he can respect the source material of what he’s working on, while bringing his own brand and style to the table to craft a wholly unique experience.

“Star Trek” boasted a phenomenal cast of actors, from Simon Pegg to Benedict Cumberbatch; people who really brought the movie to life.

With the cast of the original trilogy returning and seeming very enthusiastic to get back into their old roles, it’s safe to assume we will have the same quality of passionate actors in this universe.

The trailer that was released a few months back is even more proof that Abrams is the right man for the job. The dynamic camera angles showed the Millenium Falcon swoop down over Tatooine and lightsabers with a laser hilt; if that doesn’t get you excited for the possibilities, then you need to loosen the straps on your Mandalorian helmet and let some air get to your brain, because that was simply the coolest and most jaw-dropping thing since the full destructive potential of the Death Star on Alderaan.

Yes, Disney is erasing all the previous stories and characters with its acquisition of the “Star Wars” franchise.

However, that doesn’t mean that the stories that have already been told are going to suddenly disappear.

If you like hearing about the escapades of expanded universe characters, or the terrors of alien races such as the Yuuzhan Vong, then by all means, continue to read those books and comics. All this means is that new stories are waiting to be told and new experiences are going to be had in the future.

In all honesty and in the most respectful way, I truly believe that George Lucas losing the rights to “Star Wars” is the best thing that could have happened. You don’t always strike gold; sometimes you strike Jar-Jar Binks…

Collegian Geek Beat Writer Dom Lopez can be reached at entertainment@collegian.com or on Twitter @DominiqueLopez.