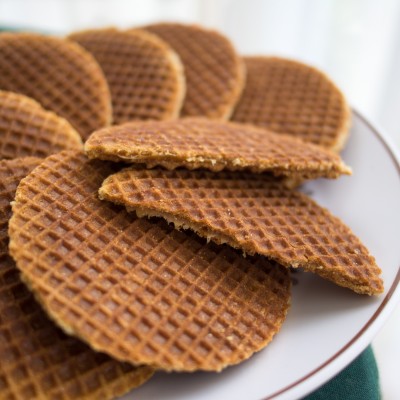 Living in Fort Collins, we have access to some of the best local restaurants and food shops in the state. Never will there be a shortage of pizza, sandwiches or hamburgers. But what happens when you don’t want American food?

After studying abroad in the Netherlands, I know how foreign food compares to American food. It tastes like nothing that I could find in America … or so I thought. So when I came home, I was in a slight state of denial, thinking that I wasn’t going to have stroopwafels anymore.

In the Netherlands, those small caramel cookies were my breakfast, lunch and dinner dinner—my way of life. Upon arriving back in the States, I frantically searched for Dutch specialty stores to find stroopwafels. After a few hours, and no luck except for in one store in Denver, I finally began to accept that I was going to have to add stroopwafels to the list of things I can only desperately long for from the Netherlands.

Little did I know, those perfectly soft, but crunchy cookies were going to come back into my life.

Strolling down the aisles of Whole Foods in Fort Collins I saw, on the bottom shelf, a little package labeled “Dutch Stroopwafels.” And just like that, I could have a little bit of Amsterdam in Fort Collins.

I knew I couldn’t be the only person who had gone abroad and returned craving difficult-to-find foreign food. I had luck finding one of my favorite foods, but I wondered if anyone else had found their international indulgence.

I found that for most Colorado State students who went abroad, it was easy for them to name items they missed, but more difficult to find those items in the U.S. And many students who are studying abroad at CSU brought their favorite snacks back with them in fear that they wouldn’t be able to find them here.

Nele Gehling, a study abroad student at CSU this semester, misses German bread the most.

“German bread is made with different ingredients than it is here and prepared differently, but I can get all the ingredients at a grocery store here to make it,” she said. Gehling uses a recipe from her mother.

I spoke with a few exchange students from various parts of Australia, and their answers were consistent—Vegemite and Tim Tams are dearly missed. Although many students, like Tara Campbell, brought Vegemite with them, you can find Vegemite and Tim Tams at the Cost Plus World Market in Fort Collins. Marmite, the New Zealand version of Vegemite, can also be found at the same market.

I’m not much of a tea drinker myself, but I can imagine that American tea just can’t compare to British tea.

Alex Minter, who studied abroad in England, dearly misses the tea, but has found a local coping mechanism.

CSU international studies major Jack O’Dwyer spent a summer living in China and said he generally misses the authentic Chinese cuisine, but that the Hot Wok Cafe on West Elizabeth Street comes pretty close. From my personal experience, East West Imports has a variety of snacks and ingredients from East Asian cultures.

“I can find it in the states, but since we don’t have wild boar here, it’s usually imported and full of preservatives and not the same,” Green said. “But something I have been able to find here is gnocchi.”

Gnocchi are small soft-dough dumplings that can be made out of wheat flour, potato, cheese or other similar ingredients. Green said she now purchases them at Whole Foods.

Fort Collins may not be foreign to us, but located within city limits there are a variety of restaurants and food shops that allow us to indulge our international side.

Collegian A&E Writer Natalie Wendl can be reached at entertainment@collegian.com or on Twitter @NatalieWendl.