RamTalk: A species in danger 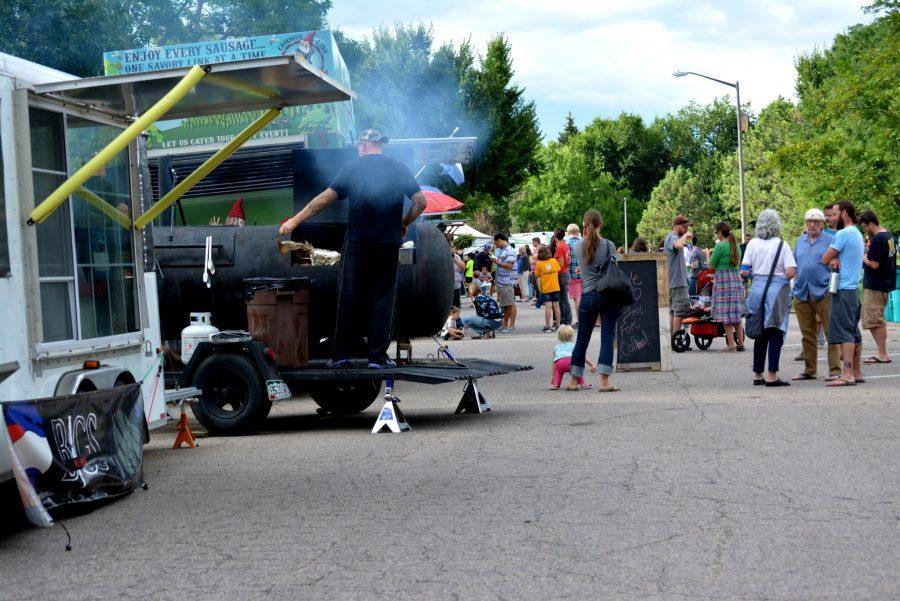 The Food Truck Rally took place today in City Park. People from all over Fort Collins came to enjoy food from a collection of different food trucks!

This fictional column is based on the RamTalk: “Yes, we do miss the food trucks. Thanks for asking!” – Originally on Collegian.com.

Early yesterday morning, a well-known species in Fort Collins was put on the endangered species list. The loved and respected creatures were abundant last semester and the semester before, but due to competition and the changing landscape, they have unfortunately lost most of their habitat. That’s right, the food truck (s. mealsonwheelsidae) that was once common and prevalent on campus has become a relic of our own history.

The food truck is a timid and misunderstood creature. Generally solitary, food trucks roam the roads in search of new grounds to serve their meals on wheels. If one truck finds a patch of land with hungry students on it, other trucks are usually soon to follow. However, with the completion of the Lory Student Center and other restaurants opening here on campus, many food trucks have lost much of their habitat. These poor metal giants may not have anywhere else to go.

Sophomore sesame seed studies major, Chanler Condor, is outraged at the disappearance and how little people are doing to bring the beasts back.

“I remember seeing food trucks as a little girl,” Condor said. “Roaming the Iowan countryside during the fair days. It was nice to have that here, but we’ve chased them all away with our newfangled Junior Carls and Taco Stoppers.”

“The food trucks simply lacked the capability to survive in such a harsh environment” Finnigin said. “None of them were equipped with snow tires and none of them could possibly make it through Winter Break with no students around. Simply unavoidable.”

With most of the Fort Collins food trucks missing or unaccounted for, students have started to take notice. Some have even taken to calling out to the food trucks at night or during the day, but to no avail. Whatever the case may be, the few food trucks left in Fort Collins need our help.

Collegian RamTalk columnist Davis English can be reached at entertainment@collegian.com.