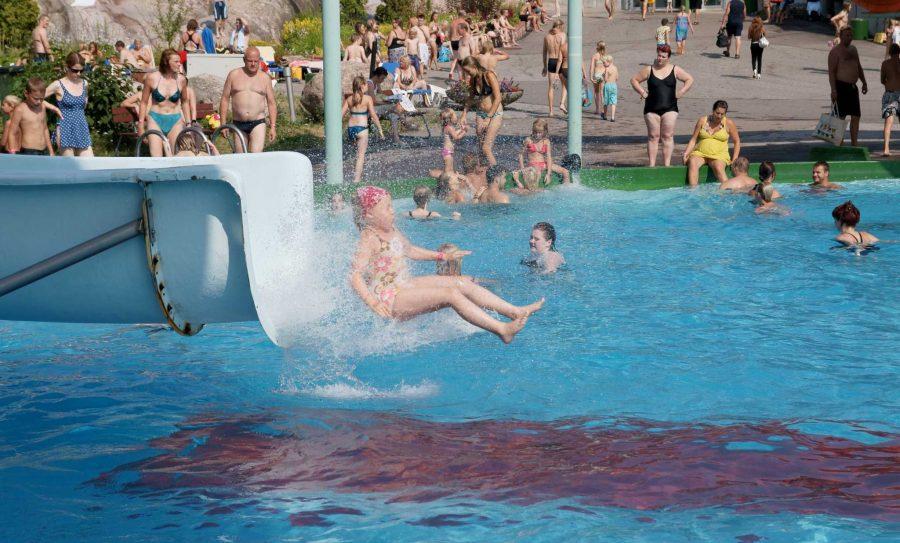 Note: This is satirical.
Returning from their sexy Halloween excursion to the Old Man Potter Water Park, a group of sexy teenagers made the sexy confirmation that the City’s Park’s abandoned water park “definitely doesn’t have any monsters.”

Fellow sexy teen Tony Frank was unable to make it, as he was stuck babysitting. Benson described Frank’s absence as “totally lame.”

The three sexy teens expressed disappointment that nothing even a little paranormal happened during their trip to the water park.

“We were pretty sure that there were going to be some monsters or ghosts or something,” Golliher said shortly after angrily throwing away his Ouija Board and cursed amulet. “I mean, we’re a bunch of teens skinny dipping and smoking and praising Satan at an abandoned water park. What do a bunch of sexy teens have to do to get murdered around here?”

Most recently, the Old Man Potter Water Park has been plagued with apparitions of the City Park Pond Monster. Formerly a high school mathlete, Parker Peterson was transformed into a horrifically ugly, horribly deformed, un-exaggeratedly hideous giant frog pond-monster after being bitten by a tadpole.

When pressed to comment, the City Park Pond Monster expressed anxiety about frightening such sexy teens.

“They’re just so cool and popular … just like the kids who made fun of me in high school,” said the City Park Pond Monster, on the verge of tears. “I was too nervous that they’d make fun of my horribly disfigured exterior.”

“Maybe I’d give ‘em a good scare or eat them or something if they were a little less sexy,” continued the City Park Pond Monster. “Like those old people from last week.”