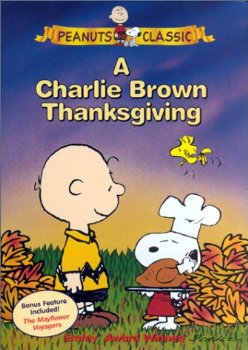 Now, if I asked what your favorite Thanksgiving movie is, it would take you much longer to decide on a film, if you could even think of any that fit the bill.

To save you some time, here are some quality examples of the often forgotten Thanksgiving movie:

This is probably the most popular and obvious choice for the holiday, but it’s definitely worth watching. The full special is available on YouTube, so there’s no excuse not to see it this year. Pass the tradition on to younger relatives; they’ll thank you for it later.

“Home for the Holidays”

You honestly can’t go wrong with Jack Lemmon and Walter Matthau, as fans of “The Odd Couple” will know. While it is not really a family movie, it is hilarious and heartwarming as well as a great way to spend time with your parents and siblings before the actual holiday arrives.

“Hannah and Her Sisters”

Woody Allen delivers a film about complex family relationships. While it’s not directly about Thanksgiving, it begins and ends during the holiday dinner, following the stereotype of family dysfunction during the season.

A very low budget film, Pieces of April is a stunning example of less being more. The great performances of the cast, including Katie Holmes, Patricia Clarkson, Oliver Platt and Alison Pill, make this movie believeable and emotive.

Steve Martin and John Candy. What more do you want? This is a hilarious movie with a lot of heart. It’s the perfect film for the family to gather around and watch after your feast and the tryptophan starts to kick in.

Now, I promised quality, but if you’re looking for something outside of the traditional genres of comedy or drama, there are several horror films about this holiday.

“ThanksKilling,” (a trilogy) “Blood Freak,” “Home Sweet Home” and “Feast” are all examples, but again, I can’t promise that any of these are of high caliber. Nor would I recommend them as an after dinner activity.