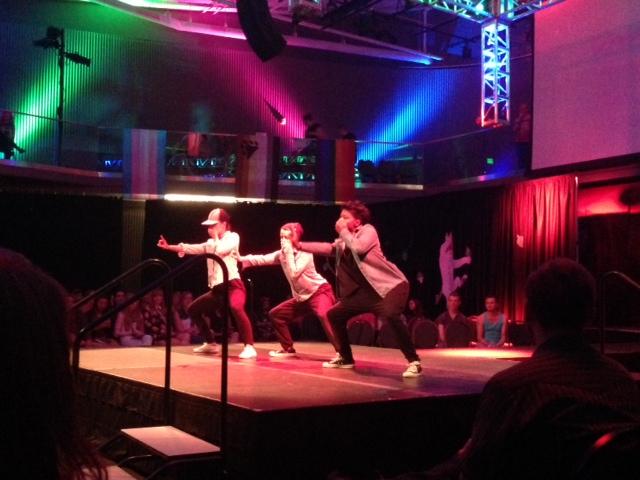 Royce Hoffner
Colorado State University is a campus that likes to show its pride.

This can be seen at the semi-annual SOGLBT Drag Show Extravaganza. Drag queens and kings from the CSU community and around the state come together to showcase their talent.

This year, the drag show had two separate showings at 3 p.m. and 7 p.m. on Saturday.
There was a wide range of performances between the two shows with very few repeats.
Daniel Wakefield, a junior journalism major and one of the drag show directors, worked hard to make sure that the two shows would be a success when viewed both together and separately.
“The level of talent is the same, it’s just different people,” said Wakefield. “We had a lot of people who requested either just the 3 o’clock or the 7 o’clock showings, and due to time [constraints] we just made it work.”
The show focuses on the freedom of expression as well as community involvement. This involvement can be seen through both the student volunteers, deemed  “volunqueers,” who work tirelessly behind the scenes, and in the participation from the audience during the show.
At one point during the 3 p.m. show, four volunteers were asked to come on stage to compete in a dance-off. One of these volunteers was Kaitlyn Chasarik, a senior graphic design major.
“I have performed at the drag show before.” said Chasarik. “I couldn’t do it this semester, but I still just had to get on stage. I have had a lot of fun, and that’s what it’s about. When are you ever going to see something like this otherwise?”
Students are not the only ones involved. Professionals from around the country also come to be a part of the extravaganza. One such professional is Andrea Staxxx. Originally from California, Staxxx now lives in Denver.
Staxxx appreciated the support she got from the crowd and was happy to be asked to participate.
“Jessica L’whor [another drag show director] reached out to me and said she had a benefit show she wanted me to be in, and I said of course,” she said.
As an event that happens once a semester, the drag show is a safe place for everyone to come together for a night of open, gender-defying, fun.
“Make sure you come out next year,” said Wakefield. “It’s going to be even bigger and better, and you won’t want to miss it.”
Collegian A&E Writer Royce Hoffner can be reached at entertainment@collegian.com or on Twitter @RoyceHoffner.
Delete Image
Align Left
Align Center
Align Right
Align Left
Align Center
Delete Heading