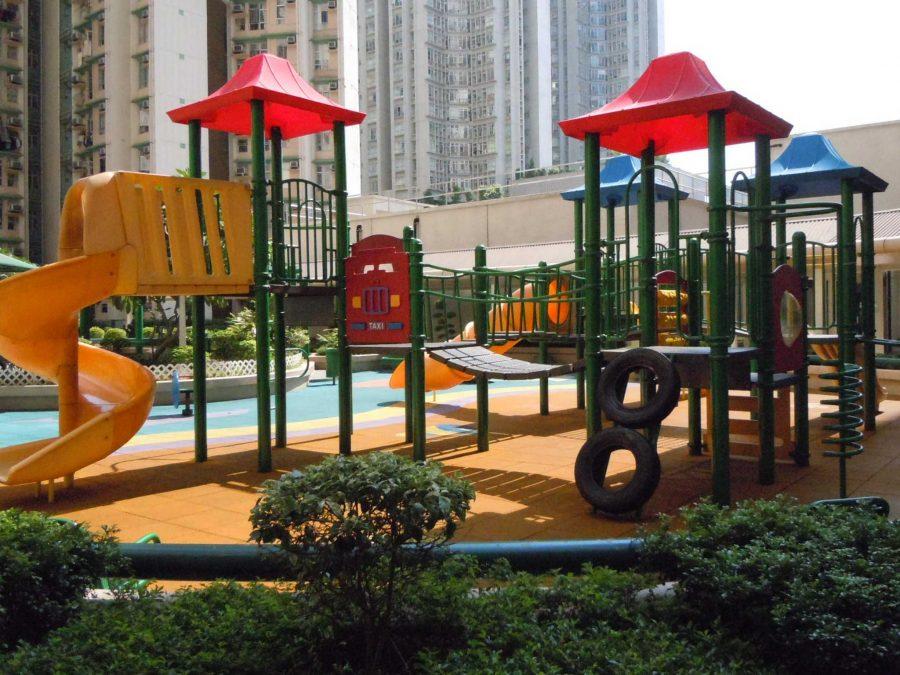 This fictional column is based on the RamTalk: Adult size playground. I.M. fields. Let’s do this. – Originally in 10/17/2014 Collegian.

It’s often said that you’re only as old as you feel. In a push to boost CSU morale, the student body has voted to bring the fountain of youth to campus for all to enjoy.

That’s right, adult playgrounds will be sprouting up across campus and will be free for everyone 18 or older to romp within.

The idea for adult-sized playgrounds, or “groundsforplays,” as they have become known, came about after the Great Office Riot of 2013, in which 14 fax machines, 20 copiers and eight paper shredders were seriously injured.

Hoping that new play areas would help alleviate the bone-crunching stress of staring at Excel spreadsheets all day, offices across the nation started to adopt the idea.

Although they are modeled after traditional children’s playgrounds, many aspects of groundsforplays are actually quite different. The swings are made of fine brown leather chairs and are fully equipped with a bourbon dispenser at each post. Pebbles have been replaced with Dr. Scholl’s insoles and the gross, used Band Aids usually found in the sandbox have been replaced with fine Cuban cigars.

Unicycology professor and éclair enthusiast, Dr. Jack Robinsen, is ecstatic about the new adult-sized grounds to play on.

“Work is stressful,” Robinsen said. “Some days I get to the office at 11 a.m. and don’t get to leave until two in the afternoon. I think the groundsforplays will really help me de-stress before my long unicycle ride home.”

“It was incredible,” Paloalto said. “The monkey bars were made of real monkeys, and hopscotch just involved drinking scotch and looking at grasshoppers.”

Although the groundsforplays won’t be open here on campus until November or May, planning is already underway.

The project is expected to cost around 200 million butterfly sneezes that will all be collected from various donors.

Until then, CSU encourages students and faculty alike to put down their fancy pocket phones and get outside and play.

Collegian RamTalk columnist Davis English can be reached at entertainment@collegian.com.