“Gone Girl”: How the film matches up with the book 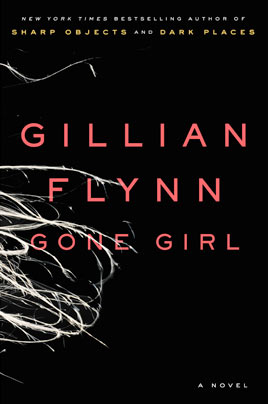 If you’re looking for something truly unpredictable, “Gone Girl” is the perfect book/movie combination for you.

It’s a classic he said/she said plot line, that follows a Missouri missing persons/murder case, twisting and turning when you least expect it.

Nick (Ben Affleck) and Amy (Rosamund Pike) Dunne are externally perfect; a New York couple making it through a recession. That changes early on when they are forced move from their plush New York life to rural Missouri so Nick can care for his dying mother and demented father.

The plotline introduces a textbook-like crime investigation centered on finding missing Amy. But one thing is gone from the evidence: the girl.

Nick’s character shifts constantly as the investigation plays out, and the neglected audience is always questioning: Is he misunderstood or a murderer? An abused child or an abusive husband? A loving spouse or a lonely adulterer?

Nick has critical faux pas with the police and the media, which lead them to believe he is the perpetrator and evidence keeps popping up that seems to frame him. The only objective person who doesn’t blame Nick by default is his lawyer, Tanner Bolt (Tyler Perry).

Gillian Flynn, the author of “Gone Girl”, took on the role of the screenwriting the movie, and while the script stays delightfully close to the book, some major character traits are left out. For example, Amy is not as brilliant at improvising as in the books, and Nick is not as witty.

In the book we see from Amy’s perspective how she views herself and her relationship, and we see that she is a completely different person on the inside than what she presents on the outside. In the movie we are able to pick up on Amy’s duplicity from her cold, unfeeling response to normal social cues.

The story told in the book and the movie are different in a few ways. Without the book telling us what the main characters are thinking, it’s sometimes difficult to understand why they act the way they do in the movie. If at all possible, read the book and then see the movie. The book is a great supplement for looking inside the heads of characters, whereas the motives become lost in the emotions brought on by the movie.

Where the movie does excel is in its artistic presentation of the unfolding drama. A simple picture of a husband standing by his trash cans staring dumbfounded into the misty morning speaks volumes. Another shot of the same pose at the end of the movie, this time with news vans crowding the street, poses the same questions, but with completely different answers.

Overall, the movie is an excellent rendition of the book, but the original story leaves the reader considering the brilliance of it, while the movie lets down its audience after stringing them along in stunning dramatic pictures presented in digital HD.

The ending of the book and the movie leaves the audience dissatisfied. It is not the typical crime story, or even the typical falling-back-in-love story. It’s a commentary on the audience’s story.

Click here for a full review of the film.

Collegian A&E Writer Sierra Cymes can be reached at entertainment@collegian.com or on Twitter @sierra_cymes.