The fight to keep film in the film industry 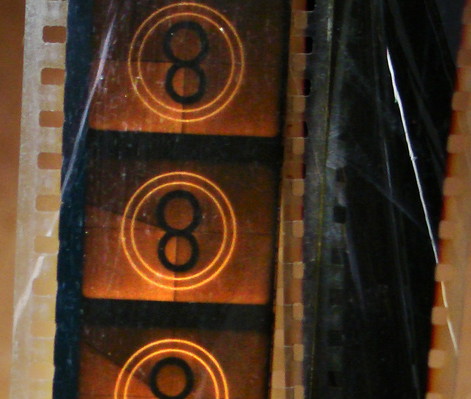 Celluloid film, that weird stuff you used in the 90’s for pictures, is still lingering in the dark rooms of Hollywood studios.

At the Sundance Film Festival in 2012, Kodak, the world’s largest celluloid film producer, announced it was filing for bankruptcy.

Before the introduction of DLP digital projection and digital cameras at the turn of the century, movies were shot, edited and presented on 35mm film from Kodak. Now, more than 75 percent of the world’s theaters project digitally, and many Hollywood films are shot digitally, with either the Red Epic or Arri Alexa cinematic cameras.

Our generation will be the last in America to recognize and remember the sound, grain and look of physical film.

The last movie to be projected on film in Fort Collins was “Black Dynamite” in April 2013 at the Lyric Cinema Café.

Anyone who saw a movie in theaters during the 90’s will remember the clicking of the projector behind them, the dark grain spots on the screen and the distinct colors of the film. Maybe you remember actually taking the film out of an old camera and taking it to Costco or some other place to wait to have it developed.

We sadly don’t live in a world of film anymore. The cost and time cuts of digital filming appeal more to producers, the people who ultimately determine which movies are made and which aren’t.

Buying the necessary length of 35mm film for a feature film can cost anywhere between $13,000 and $25,000, while the only necessary equivalent for digital film is the hard drive to put the mp4 file onto, the cost of which is minuscule compared to film. The cameras are more expensive, but that is a static cost, while film must be bought and re-bought for every project.

Now imagine the cost of distributing a film reel to about three thousand theaters across the United States. The costs of distribution quickly reach tens of millions of dollars. When one uses digital storage, distribution costs can be as small as $3 million to $5 million.

Aside from money, shooting and editing on film is much more difficult. Granted, epics like “Avatar” and “Transformers” are impossible to shoot on film because of the enormous attention to special effects, and will take more time to edit than any film production.

However, when looking at shot-for-shot comparisons in editing 35mm film versus digital movies, the answer is clear. Physical cutting, re-exposure and color correction on physical film takes many workers, and excessive time and money. Video and audio editing software has drastically cut the time required to move scenes, adjust audio levels, work with special effects and deal with color contrast and saturation.

Even with all of this being said, I still believe most movies should be shot on film. Hollywood seems to sometimes forget that film motion pictures are an art form, one of the most accessible and prevalent art forms in our society today.

Should painters throw away their paintbrushes to cut costs? Should photographers just quit trying to find a good photo and Photoshop one instead? Should singers and bands stop singing and playing instruments, and turn to soundboards to save time and money?

Art is art because it is a form of expression within a certain medium. It is not supposed to be made with CEOs or picky audiences in mind. It is a reflection of the artists’ thoughts and opinions.

Sure, shooting and editing in film can be difficult and expensive. But then again, filmmakers are artists. Art is not supposed to be easy or commercially viable.

Directors like Martin Scorsese, Christopher Nolan, Quentin Tarantino and Paul Thomas Anderson are strong advocates for keeping film in Hollywood, and have personally donated and raised support for Kodak to keep the dream alive. Now Kodak is rising out of bankruptcy, and has deals to supply film to all six major Hollywood studios and any independent filmmakers who want old fashioned film reels.

But film shouldn’t be considered old fashioned. It should be considered just another tool a director can use to bring art to life.