Estes Park’s Pumpkins and Pilsners: Community Fun for a Cause 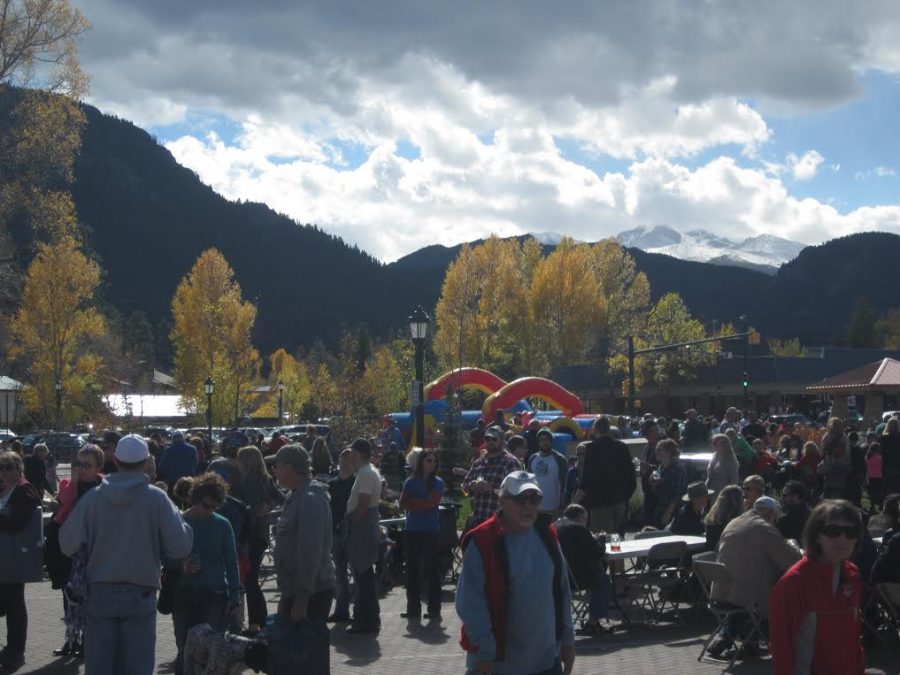 On Saturday, Estes Park hosted its first ever Pumpkins and Pilsners community fundraiser. This event featured a line-up of bands, a beer tent and numerous children’s activities in Bond Park.

The fundraiser was conducted by the nonprofit organization Families for Estes, a community-oriented group encouraging “the young families of Estes Park to have a voice in the community,” according to their website.

Part of the money earned from the sale of $5 pumpkins and other items will go towards the nonprofit’s F.A.S.T. program, or Families and Seniors Together program.

“This was our first Pumpkins and Pilsners event, and it was definitely a success,” said Kristen Berg, president of Families for Estes. “We had 100 pumpkins for sale initially, and within four hours they were gone. We also ordered 288 mugs, all of which went fast.”

With the warm sun shining down, kids and families had fun exploring the bouncy castle, pony rides, the face painting station and the corn kernel-filled sandbox.

“October in Estes can make or break it,” Berg said. “And we’ve been blessed with beautiful weather.”

The weather made possible the outdoor music stage, on which a series of three bands played familiar tunes, including “Little Lion Man” by Mumford and Sons and “Wagon Wheel” by Old Crow Medicine Show.

“My favorite band was Old Town Drifters,” said Fort Collins resident, Michael Vibert. “They had kind of a bluegrass feel which fit the mountain and beer scene. But man, it was crowded today. I wasn’t expecting that — the line for the beer tent was pretty long.”

Another crowd-drawing force in Estes over the weekend was the Fall Sidewalk Sale, taking place in the downtown shops Saturday and Sunday. Stores set out racks advertising key chains, pajamas and other Colorado goodies in celebration of the autumn season.

The combination of the sidewalk sale and the Pumpkins and Pilsners event brought heavy foot traffic to Estes over the weekend.

“We definitely hope to make this an annual event,” Berg said. “Given the success of this fundraiser, we’re looking forward to having another one next year.”

Collegian A&E Writer Caitlyn Berman can be reached at entertainment@collegian.com or on Twitter @CaitlynBerman.