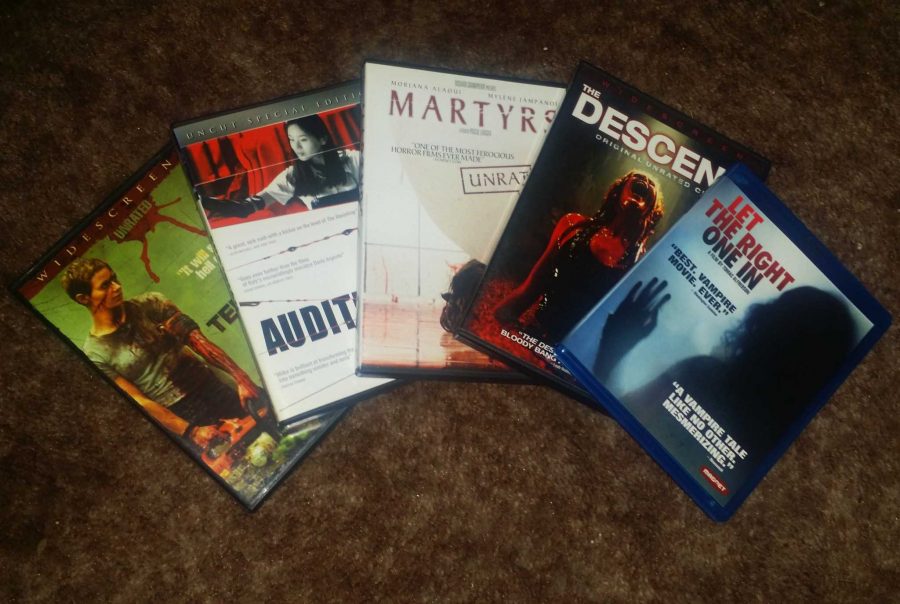 It’s about that time, Rams. Halloween is coming up on us fast, meaning we need to gear up for some serious horror movie consumption. We all know the staples, “Carrie,” “The Shining” or “Texas Chainsaw Massacre.” However, some of the most overlooked horror movies are made outside of the United States.

Here are 10 of the best foreign horror movies to check out this Halloween.
“Martyrs”

A French revenge flick gone wrong, “Martyrs” is the story of Lucie, a woman who was held captive and tortured as a child. Years later, she and her friend Anna decide to find the people that had tortured her and seek vengeance. While Lucie does get her revenge, what lies in the house, and within the rest of the film, is something that neither woman is prepared for. Saying this film is intense is an understatement. Be warned: the film has torture, brutal, unforgiving violence and one of the most horrific ending sequences in recent film history.
“Let the Right One In”

If you’re looking for an intriguing film that sacrifices stereotypically intense scares in favor of a thought-provoking plot, “Let the Right One In” is the way to go. The 2008 Swedish film follows a young, lonely and bullied boy as he makes friends with a new girl in his apartment complex. Oh, important detail, she’s actually a vampire. The film delivers scares, but it acts largely as a drama, weaving in a profound story and stunning visuals throughout.
“[REC]”

You may have seen the American remake, “Quarantine,” but the original Spanish film is definitely one worth checking out. “[REC]” is a found footage film, documenting a news reporter’s trip with firemen to an apartment complex. While the event seems to be a routine call, the mood soon shifts when the residents and firemen discover a viral outbreak that turns victims into crazed, zombie-like creatures. You feel as if you are trapped in the complex with the cast, and the found footage nature of the film contributes greatly to the tense and frightful mood.
“Ju-On: The Grudge”

A Japanese film, “Ju-On: The Grudge” revolves around a house with a vengeful spirit that relentlessly pursues the residents. Rika, a social worker, is assigned to visit a family and is soon exposed to horrors she would never have anticipated. The American remake, “The Grudge,” was decent, but the original sets the bar very high.
“Funny Games”

An Austrian film with an American shot-for-shot remake, this film explores a different kind of horror. Sure, demons, hauntings and monsters are horror movie staples, but what about real-life fears? “Funny Games” is the story of a family who is held captive in their own home by two seemingly normal, but incredibly sadistic, men. The movie plays off the fear of helplessness and the fact that you may not know your neighbors and fellow humans as well as you may think.
“High Tension”

A classic slasher flick, and a tense game of cat-and-mouse, the French horror film “High Tension” definitely lives up to its name. While on vacation, two college friends get caught in a bind when a deranged killer decides to go on a rampage. Alexia is taken, leaving it up to Marie to simultaneously escape the vicious killer while also trying to save her friend. The entire film is incredibly nerve-wracking and will have you on the edge of your seat the entire time.
“Audition”

The Japanese film “Audition” is a unique and dark tale, following widower Shigeharu as he tries to find another companion. Setting up a fake audition in order to find his new lover, he stumbles upon who he thinks is the perfect match. Unfortunately for him, the woman has a sea of secrets and isn’t quite what she seems to be on the surface. A very interesting film, with a cringe-worthy climax, “Audition” is a roller coaster, twisting and turning when the audience least expects it.
“Wolf Creek”

How much can we really trust our fellow humans? The Australian film “Wolf Creek” is about backpackers whose car breaks down in the middle of nowhere. They accept help from a stranger, only to end up as his captives. This is another film that draws less on classic horror tropes to focus in on a very real fear that many people face.
“The Descent”

The UK film “The Descent” draws on several different fears, making it an unnerving and horrifying 100 minutes. A group of women decide to explore a cave and end up becoming trapped. Struggling to find a way out, the women soon realize that they are not alone in their surroundings. “The Descent” explores fears of the dark, confined spaces and unknown beings, a pretty deadly combination. Watch this film with the lights out for maximum effect, just don’t be alarmed if you have to sleep with them on.
“Ringu”

The American remake was well done, but nothing beats the original. “Ringu” tells the story of a haunted video tape that kills any viewer who watches it. The protagonist Reiko and her husband investigate the video tape that had killed several teens previously, only to become potential victims themselves after viewing the tape. The film uses technology as a horror element and makes for an interesting mystery.

Collegian Social Media Editor Keegan Williams can be reached at socialmedia@collegian.com or on Twitter @keeganmw.