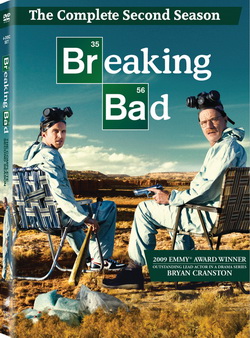 “Breaking Bad” is over now, but it is still one of the most talked about serial dramas of the new millennium. The show was so popular and is so missed that AMC will air each episode again in “’Breaking Bad’ Binge” marathons, from 3 p.m. to 11 p.m.

As your very own “Binge” companion, here are the best “Bad” episodes. Spoilers abound.

Walt and Jesse are two episodes into their fledgling meth empire and it is already unraveling. Between their own ineptitude, Skyler’s suspicions, and the beginnings of Hank’s investigation, “Breaking Bad” tackles its own trademark comedy, drama and morality right away.

This is the episode that sees Skyler break bad and establish her reputation as one of the most hated TV characters in recent years. Having accused Walt of cheating and then finally finding out where he really was all those lonely nights, she has her own affair with another criminal.

The penultimate episode of the second season sets the thematic tone for the rest of the series. Walt watches Jane overdose and drown in her own vomit and does nothing to save her because of the threat she poses against him. His action – or inaction – has cataclysmic consequences.

There is no arguing that Walt’s double hit-and-run is memorable in “Half Measures,” the sister episode to the third season finale. However, Jesse’s race against time to kill before Walt is killed charts the moral Pinkman’s loss of innocence, a la Aaron Paul’s tour de force performance.

Jesse’s evil deed in “Full Measure” is even more tragic when up against the saintliness on display in “Peekaboo.” If the next entry on this list is the birth of Heisenberg, then this one is the death of Cap’n Cook. Oh, and a meth head’s wife murders him with an ATM.

The exact moment when Walt truly breaks bad and becomes Heisenberg is a source of debate, but the literally explosive climax of this early chapter in his damnation sees him adopt the bald look, exercise his chemistry genius, and take great pleasure in his violence, all in one fell swoop.

“Breaking Bad” is full of quotable moments (the fifth season opener comes to mind, when Walt advises an enlightened Hank to “tread lightly”). But the brilliance of the legendary writing is showcased  here like nowhere else. “I am the one who knocks!”

Few works of dramatic fiction – on television, on film, on stage, in print – have achieved the same level of intensity that Bryan Cranston and Anna Gunn did when Skyler tells Walt that she gave his money to her extramarital lover – the money which cost her husband his soul.

One of the few series finales in TV history to dodge any (significant) criticism or controversy, “Felina” ties up all the loose ends so seamlessly, it defies belief that the show’s writers did not have the ending planned from the beginning.

Not only is this the best episode in the show – it ranks among the greatest hours of drama ever broadcast. It is the submission that helped actor Bryan Cranston, actress Anna Gunn, writer Moira Walley-Beckett, and the drama series as a whole win big at the 66th Primetime Emmys.

Choosing the top ten episodes out of a nearly perfect series is an exercise in futility, and no amount of praise does justice to the experience of actually watching the show. If you somehow avoided it until now, this is your chance. It is not as good as it sounds – it is better.

The Binge began in August and will go until Oct. 5.