Songs we wish people covered at the Alley Cat 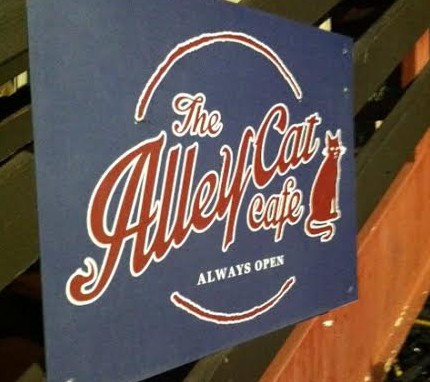 Open Mic Night at the Alley Cat is officially cancelled, but that doesn’t stop the people of Fort Collins from grabbing the communal guitars and strumming a few verses every night.  However, we noticed that the same songs are being played consistently: “Creep” by Radiohead, “Jumper” by Third Eye Blind, or pretty much anything by Oasis.  Those who reach for the guitar could consider more original options, so we (and a few patrons at the Alley Cat) have come up with a few suggestions to get things rolling.

It’s the dance everyone knows, but what would it sound like acoustically?  Maybe bizarre, maybe hauntingly beautiful…or maybe it would just be a hot mess.  Either way, we want to hear someone stumble their way through it.
2. “Turn Down for What” by Lil Jon and DJ Snake

If you want to get the party started, but in a more Bon Iver way, this is the song to choose.  You may want to turn up at the function, but turn it down for this cover. Pretty soon you’ll have everyone swaying to the beat and shouting along with the lyrics — though hopefully, they’ve put their hot coffee down first.
3. “Ho Hey” by The Lumineers

We can’t really pinpoint what made this song so popular in the early millennium.  Maybe people really love that it has ‘ketchup’ in the title.  Maybe they love pretending they know Spanish as they sing along to the chorus.  Acoustically, “The Ketchup Song” would probably fit in more at a hoedown rather than a chill coffee shop, but people will attempt to sing along no matter the setting.
5. “Super Bass” by Nicki Minaj

Sure the rap part at the beginning of the song may be a little weird on the guitar, but think of when that chorus hits. A chart-topping rap jam suddenly becomes a soft ballad when, “Boy, you’ve got my heartbeat running away,” is gently sung along with beautiful chords. Sure, it may all come crashing down once the next line, “This one is for the boys in the polos,” is uttered, but enjoy the magic while it lasts.
6. Anything by The Beatles, Billy Joel, or Queen

It’s the song everyone hates to love, but what better way to close out your impromptu, five minute coffee shop gig? Throw your hands up and let the butterflies fly away, because we can’t stop listening to this wrecking ball of a song.

Collegian Social Media Editor Keegan Williams and Blogs Editor Madi Scruggs can be reached at socialmedia@collegian.com or on Twitter @keeganmw and @madicscruggs.