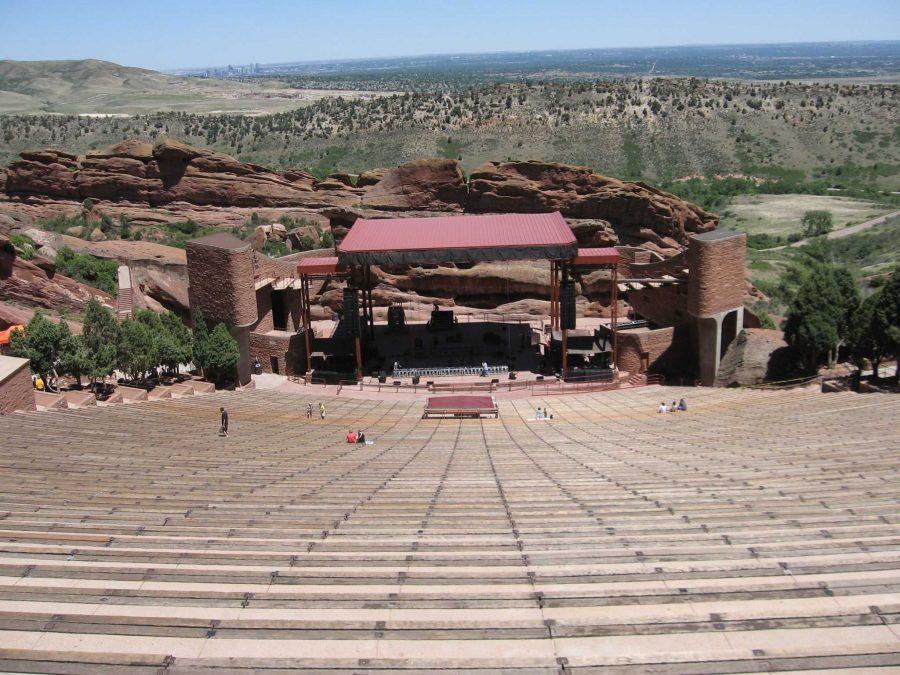 To say that Red Rocks is a key feature of Colorado is an understatement. Many people from all over the United States come to see their favorite musicians play the beautifully natural amphitheater. Regardless of what music genre you are into, there is a show on the rocks for you.

Sadly, the summer is coming to an end and with it, the end of the Red Rocks season. But don’t worry – there is still time to get one last show in or to go to your first show on the rocks.

The the electro-jam band will be at Red Rocks with Papadosio and Orchard Lounge. Following up last year’s stellar performance, this show will certainly be a great time. The five person band creates a performance like few others.

According to the Red Rocks press release, “For those waiting for a concert experience with the dynamics of a rock band, the dance inducing rhythms of club music, and the sophistication of modern electronica, an unlikely musical alternative has arrived in the form of the band Lotus.”

Grace Potter and the Nocturnals, Sept. 20

The following night will be graced by the vocal and musical talents of Grace Potter and the Nocturnals. This show will be a fun time with a lot of visual and auditory beauty. After having hit the scene in 2005, the band has soared to stardom with their rock-n-roll style. The Vermont based group will be here to share some of that style with the rocks.

The rock band will perform alongside Young the Giant and Kongos. Kings of Leon got it’s start in 1999 has been playing strong ever since. Having played at Red Rocks many times before, this show is certain to be nostalgic as well as new and fun. With the predictions of warm weather, this should be a beautiful night to be on the rocks.

This will mark the last weekend of music at Red Rocks for the season. To end the year with a bang, Red Rocks is hosting Rowdy Town III, an almost mini-festival consisting of two nights of music featuring the sounds of Big Gigantic. The two members of the band, Dominic Lalli and Jeremy Salken, have created a band unlike any other.

Combining the sounds of electronic, hip-hop, jazz and many others with their own live instruments (saxophone and drums, respectively), these artists create a dynamic show that has a little something for everyone.

Red Rocks is a special place that all Colorado residents should experience at sometime. If you haven’t had this experience yet, maybe its time to plan one before the season is over.

The magical way that the sound travels up the natural rocks of the amphitheater and the beautiful view of the Denver skyline make this place the best venue Colorado has to offer.

Collegian A&E Writer Royce Hoffner can be reached at entertainment@collegian.com or on Twitter @RoyceHoffner.