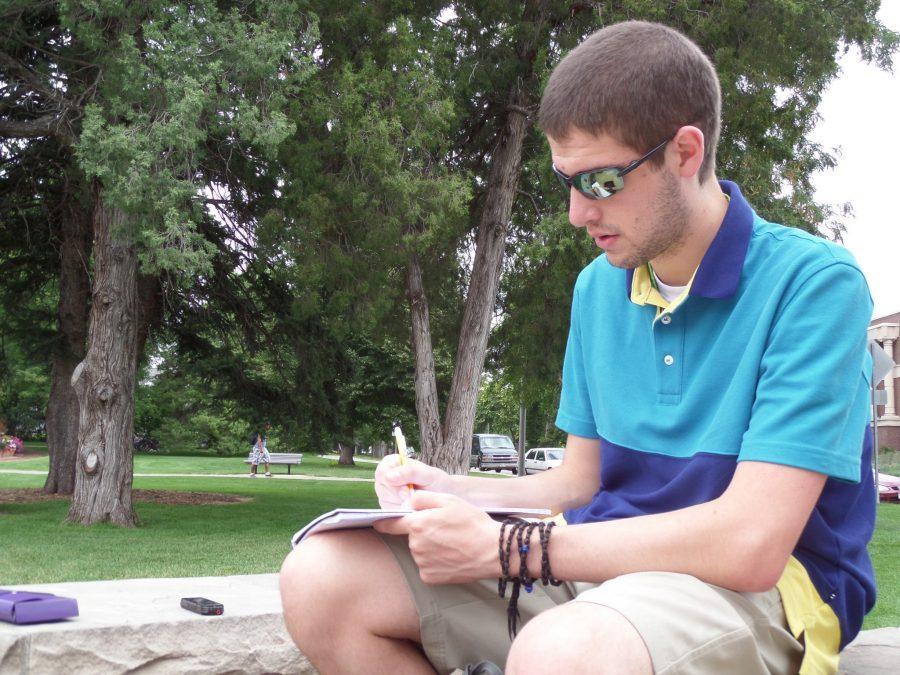 Colorado State University houses many talented artists who often go unnoticed. Open Mic Nights, like the one held this Friday at the Bean Cycle at 8 p.m., offer a venue for people to express their talent.

The student-run Young Producer’s Organization will be hosting the Open Mic Night that is open to any type of performance artist from musicians to stand-up comedians.

“It’s just a really solid two-hour block of time for people to come and be and to express themselves through different mediums of art or literature,” said Patrick Weseman, the executive director of the Young Producers Organization and CSU graduate student studying arts, leadership and administration.

YPO began hosting Open Mic Nights in the spring of 2014, which exposed them to local performance artists.

The venue is open to both performers and audience members.

“My favorite thing is seeing all these different people come into the Bean Cycle and stick around even if they don’t perform. They stick around and they get to see what people do,” Weseman said.

“As a poet who’s looking to self-publish, and I have self-published books, it gives me an opportunity to express my poetry in an open venue that’s accepting of free expression,” Fox said.

Those who perform surprise not only the audience, but themselves as well.

“A lot of people who didn’t think they were that great went up and got a standing ovation from the audience,” Smoke said.

Fox is one artist who experienced unexpected positive feedback for his own work.

“I don’t really think any of my stuff is good, to be honest, but everyone keeps telling me that it is,” he said. “I’ve been getting a lot of positive feedback, so whatever makes people happy, whatever words really touch people — that would be my best work. I just like to make people happy.”

Liking the talent they have seen come out of Open Mic Nights, YPO has made a continued effort to grow. They recently added a second Open Mic Night which will take place at Sanford’s on Tuesday, Sept. 2 at 9 p.m.

“I would love to see Open Mic be a continuing event that allows more and more people to be able to perform and just come and appreciate all of the talent that’s around them,” Smoke said. “You can even come as an audience member and really see just so much fantastic local talent in all aspects of art performance.”

Those involved look positively at the outcome thus far and look forward to future events.

“I feel fortunate to be a part of YPO and be a part of the Open Mic Night and just be involved in the time and space,” Weseman said. “It’s been really great for me.”

Collegian A&E Writer Cassie Maack can be reached at entertainment@collegian.com and on Twitter @maackcl.