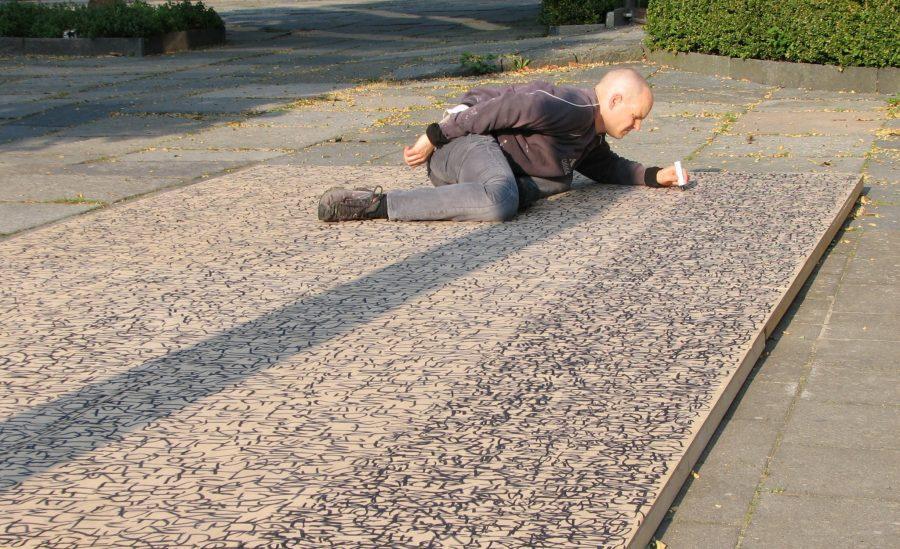 Note: This column is satirical
At a recent press conference, police Chief Benjamin Wadsworth stated that his department will no longer tolerate acts of vandalism under the guise of artistic expression, shortly after art major Summers Cooper was arrested for defecating on the front lawn of the Colorado State University Police Department while wearing a funny hat.

“I completely understand that defecating on the property of an institutionalized system of power is a bold, symbolic act of rebellion against the very concept of authority,” said Wadsworth, who graduated from CSU in 2004 with a degree in art history. “But, adding a silly hat into the mix just turned the whole thing into a tasteless farce.”

This is not the first time that the CSU art community has been criticized for its politically-charged but thematically confused acts of performance civil disobedience. Past performance pieces have included burning a flag during the 2013 Rocky Mountain Showdown, throwing blood onto a group of animal science majors and weeping en masse in front of the CSU Career Center.

“These kids’ hearts are in the right place when it comes to using performance art to destabilize and question the existing order, but it’s clear from their clueless performance pieces that they have no idea what they’re even rebelling against,” Wadsworth said, clearly a little excited to be critiquing art for the first time since his senior year of college. “So, I’m going to hold the one we caught on the lawn until he learns something about rebellion, authority, art and the surprising ways in which they intersect.”

On the first day of Cooper’s imprisonment, Wadsworth entered his cell and asked, “What are you rebelling against?” When Cooper offered little in the way of an answer — mostly just muttering vague generalities about “the system” — Wadsworth informed him that he would not be allowed to eat until he could specifically articulate what it was he was protesting against.

“For you cannot create art until you understand pain,” Wadsworth said, to which Cooper seemed both frightened and humbled.

For the next several days, Wadsworth entered Cooper’s cell at exactly 2:12 p.m. to ask: “What are you rebelling against?” and each day, Cooper replied with increasing frustration: “I don’t know.”

Finally, after nine days without food, human contact or his beloved silly hats, Cooper said — rail thin, tear-stained face, his whole body shaking — “The abuse of power by those in state-sanctioned positions of authority,” at which point the entire station began slow clapping.

“You’ve learned well,” Wadsworth was quoted as saying, as he dramatically unlocked the cell and threw the door open. “Now go — rebel.”

Cooper then dragged himself out of the police station, alternatively thanking Wadsworth for his wisdom and begging passersby for food, water and paintbrushes.

CSU’s artistic community did not take the news that one of their own had been held without just cause sitting down. Led by a creatively energized Summers Cooper, the art students staged a protest in front of Wadsworth’s house, with each dressing in police officer Halloween costumes and wearing silly hats, while chanting the word “corrupt” in french.

“Beautiful,” Wadsworth said, wiping a tear from his eye. “I really got through to that kid.”

As of press time, Wadsworth is reportedly enjoying his reemergence in the artistic community of Fort Collins. After busting a house party late Thursday night to find a living room scene of a couple making out on a beer stained sofa, a young woman vomiting her brains out in the sink and a man crying about an ex-girlfriend on the kitchen floor, Wadsworth wrote only in his police report: “What a moving tableau criticizing the hedonistic culture of today’s youth.”

The Hall Monitor-Herald is written by Niles Hachmeister, Patrick Hoehne, Chris Vanjonack and Andrew Walker and can be reached at entertainment@collegian.com. Find The Hall Monitor-Herald online at thehallmonitorherald.com, and follow them on Twitter @MonitorHerald. Please, they only have 5 followers and if they don’t make it 6 by the end of the night, old man Potter is going to shut them down.