Social media in the college age 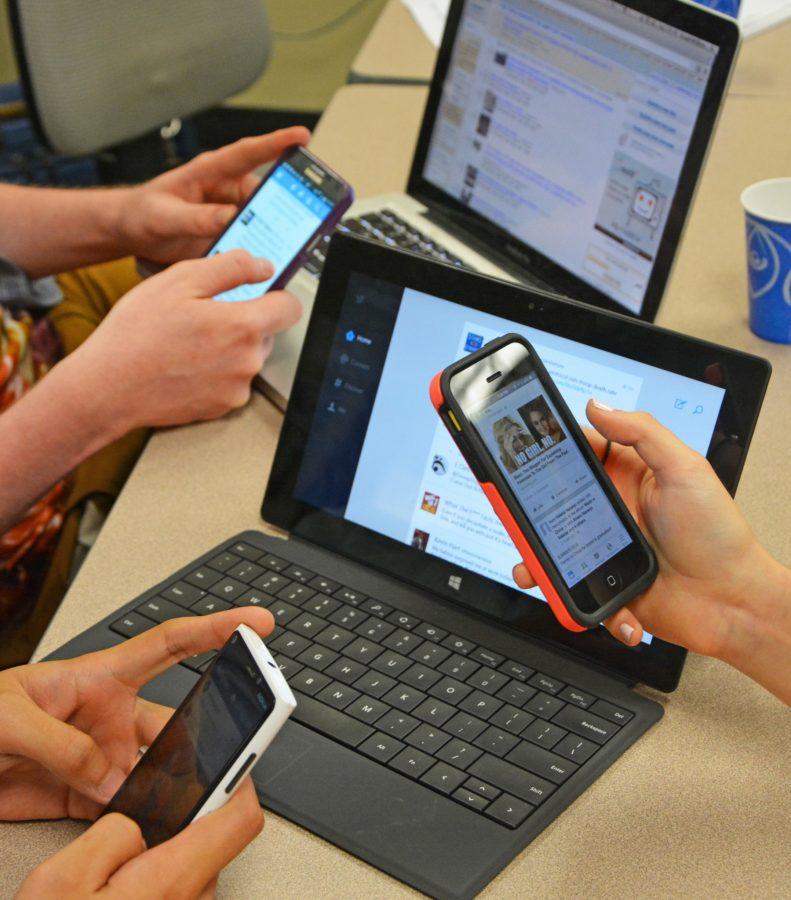 Myspace may have bit the dust, but social media isn’t about to die.

The first prominent social network, Friends Reunited, was created in 1999. Fifteen years later, Facebook has acquired over one billion users, a feat no other social network has achieved.

While sites such as Snapchat, Instagram and Google Plus have experienced short-lived popularity, Facebook has reigned supreme because it reinforces social circles.

Laura Hoffman, who is pursuing a master’s degree in education at CSU, said Facebook is the only social media site she uses because of its ease of use. Hoffman said there is a feeling of connection, especially when people of the same age group are on the site. She said Facebook has allowed her to stay in touch with friends in different states and countries.

Jessica Osier, a sophomore at Thompson Valley High School, said she is enticed by a social network if it is popular with many people and celebrities. Osier said photos are a priority and she therefore has accounts on Pinterest and Instagram.

Others use social media as sites of discovery.

“On Facebook and Instagram, I find cool products and meet artists,” said Zane Bamesberger, a senior studying anthropology at CSU.

While some say Facebook’s popularity is steady, others have observed it waning.

Spencer also noted how Facebook evolved over the years.

“People have downsized their accounts or hidden newsfeed,” Spencer said. “It used to be a competition for friends, but it’s now used efficiently.”

Nick Beavis, who is pursuing a master’s degree in atmospheric science at CSU, said he knows several people who have uninstalled Facebook, but not as many people who have permanently deleted their accounts.

“I feel that Facebook is on a downturn,” Beavis said. “It seems like it’s going away, but it won’t completely.”

Fifteen-year-old Osier likened the decreasing popularity of Facebook to the death of Myspace.

“I check it any time I’ve got a second,” Bamesberger said. “It’s not as much as I used to. It was almost like my morning newspaper.”

As students get older, the frequency of social media use appears to slightly decrease.

Beavis said he has uninstalled Facebook from his smartphone and only checks the site once every two days. Beavis said he isn’t online for hours at a time because Facebook can easily become a time suck.

“It should be called ‘Procrastination Book,’” Beavis said.

The focus of social media shifts when students get further into higher education. They use it in more of a professional context.

“For those who go from using it purely socially to networking, they sometimes have trouble balancing what is and isn’t okay to post,” Spencer said. “There are two risks: you could lose your credibility or job, and it puts your whole life on display. It’s a balancing act of how much you want to mix and match.”

Hoffman said she thinks the younger generation is more cautious of what they post online because they have seen older generations overshare on Facebook.

“I have LinkedIn, and it’s more relevant lately because I’m looking for a job,” Beavis said.

High school students are  checking Instagram after school, undergraduates are browsing Facebook in class and graduate students are updating their LinkedIn résumés.

The focus is no longer on where social media is today, but where it is heading in the future.

Collegian Staff Reporter Katie Schmidt can be reached at entertainment@collegian.com.