Get slammed on Sunday nights at Avogadro’s 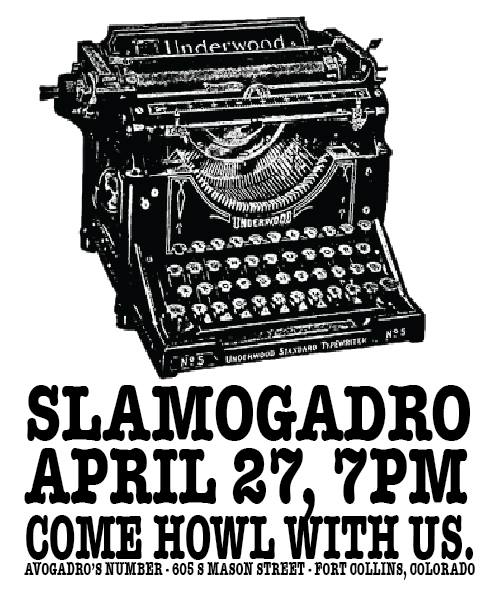 Deep within restaurant, Avogadro’s Number, on a peaceful Sunday night, a rowdy crowd gathers to watch 12 poets slam each other off the stage in the monthly poetry slam competition known as Slamogadro.

The last Sunday of each month, Slamogadro welcomes all aspiring poets to the stage to try their hand at slam poetry – admission and signup are both free. Last Sunday marked the third Slamogadro competition since its founding in April. Seven poets competed, but only one was crowned victor and left the restaurant 20 dollars richer.

“I’m pretty broke so the money’s great,” said CSU junior, Kaylee Wieczorek, who studies political science and English. “But it’s also nice to get (the poems) out; otherwise I just sit on them and say them to myself.”

“I think poetry in this kind of setting brings a lot of heartbreak, which is so beautiful to hear, but it’s nice to have the comedic side of things too and to listen to the quirky stories that people don’t always get to hear,” said Keili Elliott, a senior theater major who came to support Wieczorek.

Slamogadro was founded by CSU students in April. They began the event in response to those who attended the poetry slam at the Bean Cycle every month and wanted more.

“I think the readers show up to let something out or express their feelings,” said Andrew Walker, one of the founders and a senior at CSU. “And I think that others show up to experience somebody else’s feelings.”

The host of the Bean Cycle poetry slam, Larry “Booger” Holgerson, said that the competitions differ due to the audience they attract. While the Bean Cycle hosts poets of all ages and backgrounds, Slamogadro tends to see primarily CSU students.

“It’s the college crowd here so there’s a lot of angst … a lot of fiction sort of stuff,” Holgerson said. He has hosted the Bean Cycle poetry slam for eight years. “Mine has people more of a varying age so it’s a different kind of storytelling.”

Holgerson has enjoyed poetry for many years, and believes that listening to the stories of others can bring insight to one’s own experiences.

“You get perspective on your life by looking at other people’s lives and listening to what’s going on with them – it’s fascinating to watch people,” Holgerson said. “I love to see all the stories that make us into a society.”

Collegian Staff Reporter Caitlin Curley can be reached at news@collegian.com.