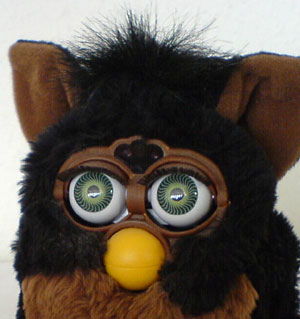 Note: This column is satirical

Humans are an interesting breed, because we have a temptation to fall into the vicious cycle of trends and fads. We become infatuated with weird TV shows, awkward toys and questionable clothing. Remember the Furby? How about Heelies? We fall in love with these things, only to later realize that we were completely wrong to like them in the first place.

Today we face a trend that is sweeping the nation and the world, and, unlike the sad existence of the Furby, it’s not slated to go away anytime soon. It’s the selfie, and it’s here to stay.

The selfie was discovered by a very lonely man who had no friends to snap a picture of him. He extended his arm, turned his phone around and took a picture of himself while onlookers laughed and pointed at him. He had no idea then, but he just took the first of trillions of selfies.

The selfie has since turned into a cultural icon. Whether an individual is visiting Mount Rushmore or watching Jay-Z in concert, the selfie has become an effective way to let everyone know you were there. But, when one man was punished for his selfie, many began to consider the negative ramifications that they can have on our lives.

“Every time I score a goal, I like to celebrate,” said forward Dom Dwyer of the MLS Sporting Kansas City soccer team. “This time, I saw someone in the stands holding their phone and I couldn’t resist.”

Sure enough, Dwyer scored against the Chicago Fire and then ran to the stands, took a fan’s phone, and snapped a selfie of a fellow teammate and himself. However, that’s not what caused the stir in the selfie community. After celebrating, a referee ran over to Dwyer and gave him a yellow card. It was the first time in league history a player had been penalized for excessive selfie-ing.

The game ended in a 1-1 tie, which prompted many fans to feel like the ref had cheated them. So, they took their anger to social media. On Twitter, the words ‘selfie’, ‘justice’ and ‘pancakes’ were trending for hours. Twitter officials are still trying to figure out how pancakes are connected.

In order to help explain why the referee chose to penalize Dwyer for his selfie celebration, some scientists took to Facebook to explain the meaning of “Selfitis,” an illness caused by taking too many selfies.

“All referees in all sports have been told about Selfitis,” said Barry Smart, a researcher at AT&T. “The refs won’t allow players to take selfies because of the potential dangers of becoming addicted to selfie-taking.”

Smart argued that now, not later, is the time to halt the selfie epidemic, because a new species of the selfie is beginning to emerge, with potentially disastrous consequences.

The “dronie” is a form of the selfie, but it’s not actually taken by the person holding the phone. A dronie is a selfie taken by a drone, or unmanned aircraft.

Coming in many shapes and sizes, drones are capable of flying at high altitudes and high speeds. It’s not their specs that people care about – it’s their ability to capture selfies without a click of a button.

“My new drone takes the best dronies,” said Samantha Elvovie, a diehard selfie-lover who has recently purchased a small drone. “If I’m outside, my drone will hover around my head and constantly take pictures of me, and the pictures look great!”

According to Elvovie, one drawback of taking dronies is that the drones come awfully close to chopping people’s heads off, which could be dangerous.

As we begin to see the shift from selfie to dronie, we must begin to ask ourselves important questions. Will dronies be the way of the future? Will Elvovie’s drone chop anyone’s head off? Can Furbies take selfies with a drone?

Hopefully the answer to these questions is no, but only time will tell what fads stay and what fads go.

Move Over Selfies, Dronies are Here

Twitter Takes Selfies to the Next Level With Drones