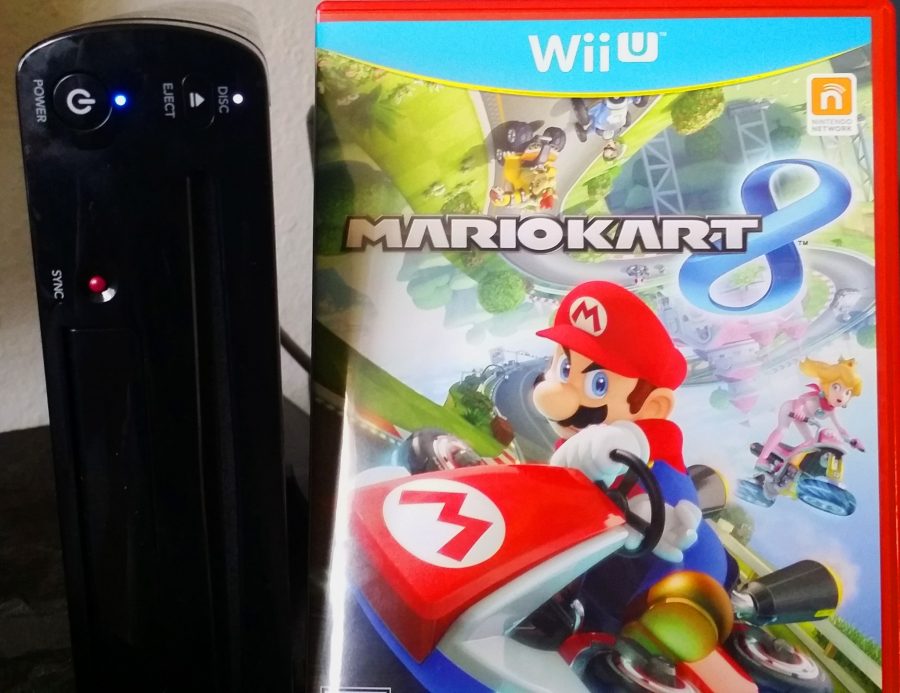 The fondest and most vivid memory of my childhood wasn’t a vacation to Mexico or an adventurous coming-of-age tale. There’s something about the simple memory of my sister, my two cousins and me playing Nintendo 64’s Mario Kart 64, sprawled out on bean bags littered across the concrete floor of my parent’s unfinished basement, that brings a huge grin to my face.

Nintendo’s newest installment in the series, Mario Kart 8 on the Wii U, not only brings back the exciting racing experience that previous Mario Kart titles have given gamers, but it introduces new elements, with stunning graphics, that make for a great addition to the Wii U gaming library.

One of the most notable features of Mario Kart 8 is the incredible visual experience. The courses are undeniably creative, with tracks that chaotically twist and separate, forcing a new level of focus on players. Wii U is also Nintendo’s first console to allow for HD graphics, and the detail incorporated into each course draws the player even further into the game. Sometimes, viewing the highlight reel after the race is the only way to appreciate the subtle but gorgeous visuals you miss while immersed in gameplay.

This in-game and online Mario Kart 8 feature Mario Kart TV is new to the franchise and allows players to view, edit, and upload highlight reels from their races. The slow-mo feature for Mario Kart TV acts as a great way to gloat among friends when shells slam into other players, and the feature is also an engaging way to keep players interested and the Nintendo community engaged.

Here is a highlight reel from one of my races captured with Mario Kart TV.

Mario Kart 8 features 32 courses, with 16 new courses and 16 remakes of “retro” courses from previous games in the franchise. The re-imagining of classic courses like Rainbow Road from Mario Kart 64 and Wario Stadium from Mario Kart DS is a thrill to experience, while the new courses throw in insane turns and alternate routes to keep players on their toes.

The criteria for unlocking new items and characters has also changed for Mario Kart 8. There are 14 characters that can be unlocked randomly by completing each Grand Prix match at each speed level, and players can collect coins during matches (Grand Prix, versus, online, or otherwise) to unlock different parts for vehicles.

Nintendo was able to squeeze in several other smaller features that make for better gameplay. For one, falling off of a track is not nearly as catastrophic as it has been in previous Mario Kart games. Players are put back on the track almost immediately after they fall off, so biffing it in 2nd place is no longer a guaranteed demotion to last place.

Several new racing items were also introduced with the newest Mario Kart installment. Three new threats: the boomerang flower, piranha plant and super horn, make races even more intense. The “crazy eight” was arguably the most surprising addition, acting as a huge wild card that generates eight random items providing the ability to turn a race around at the last second.

Some elements remained generally unchanged from previous titles, like the online play and time trial features. Other changes Nintendo made for Mario Kart 8 were not as beneficial as the other updates, and the stand-out here is battle mode.

Rather than battling in an open course with easy access to items and the vulnerable balloons of other players, the battle tracks are essentially just borrowed from the actual racing courses. I tried to convince myself that it made for a more strategic battling style, but then I looked at the screen and realized my friend, roommate and I weren’t really battling. We were scrambling to find one another on the winding course for the duration of the three minute battle. It’s not an enhancement; it’s blatant laziness on the part of the game’s designers.

One of the best things about Nintendo, and the reason I stand by Nintendo first over Sony or Microsoft, is their way of taking an older idea and tweaking the concept in a new, inventive avenue for gaming. Any Nintendo game I’ve slipped into my system and played for the first time instantly feels familiar, and Mario Kart 8 is no exception.

With the exceptional visuals, new features and accessible bonus content, Mario Kart 8 gives gamers a fresh new way to form aggressive rivalries between friends while reliving the magic of the 22-year-old franchise.

Collegian Features and Entertainment Editor Keegan Williams can be reached at entertainment@collegian.com.