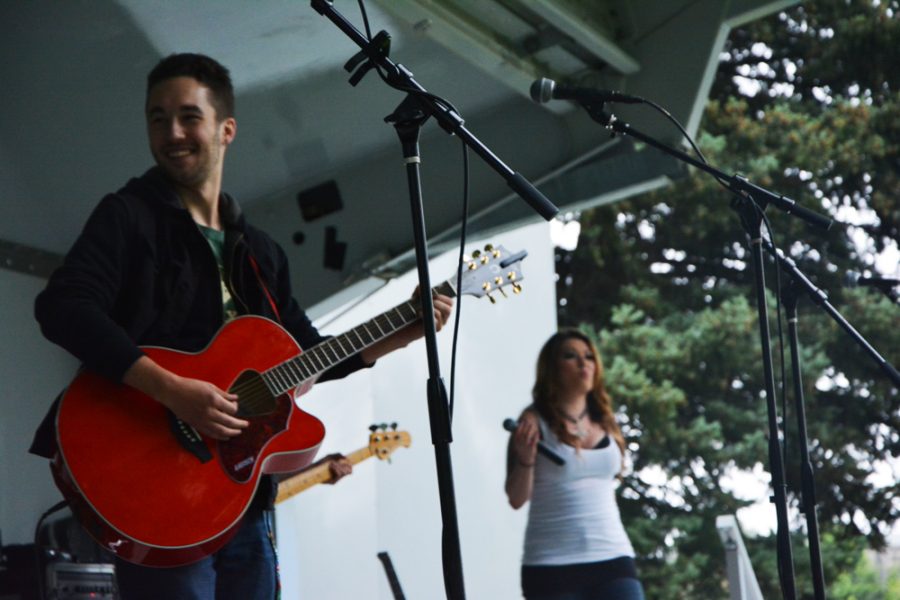 Rain poured down on the local country band Tumbling Dice and an intimate crowd during the first show of the Lagoon Summer Concert Series on Wednesday.

This year isn’t the first time Tumbling Dice has contended with weather at the Lagoon Summer Concert Series. Last year, Tumbling Dice performed under cloudy skies, according to the band’s bassist Tom Duke. Duke was excited to perform outside this year. Unfortunately, weather conditions limited the band’s set to only four songs.

The Lagoon Summer Concert Series is a long standing Colorado State University tradition. According to the event’s website, the concert series has existed for over 18 years.

Connie Hanrahan, owner of Mantooth, the organization that runs the event, said the concert series consists of nine shows this year, compared to the usual six. Increased funding from sponsors, CSU being one, allowed for the three additional shows.

“Our goal is to get families together,” Hanrahan said.

Hanrahan said the event is a showcase of local bands that stands out because of its family friendly atmosphere and it’s open environment.

“I’m from San Diego, so I expected it to rain here,” Welch said. “Besides, I like country music.”

The soon-to-be Ram noticed the stage while walking back from orientation, so she decided to check it out. Welch was one of few in the small audience that braved the weather.

The concert was ultimately cut short for safety reasons, according to the sound engineer Chris Rae. Rae said the equipment was getting too wet, and he was concerned about lightning. Tarps covered the speakers during the short event, but a combination of wind and rain posed a threat to the band’s equipment.

“We really appreciate you coming and sticking out this weather,” lead singer Annie Gavin said to the crowd in closing. “Unfortunately, we’re going to have to go home at this point.”

The Lagoon Summer Concert Series is held every Wednesday this summer through August 13.