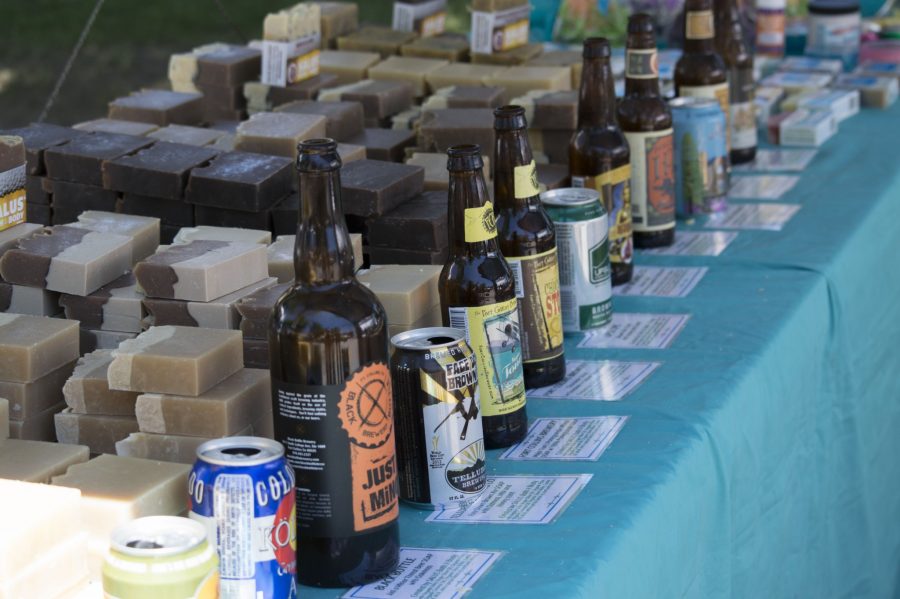 Every summer, thousands of beer drinkers are let loose in the Fort Collins Civic Center, free to socialize and sample as many beers as they desire at the Colorado Brewers’ Festival.

For 25 years now, families and beer connoisseurs have flocked to Fort Collins to attend the annual beer festival, which took place this past weekend.

The festival began in 1989 when Doug Odell, the founder of Odell Brewing Company, teamed up with Scott Smith, the owner of CooperSmith’s Pub & Brewery, in an effort to celebrate the culture of craft brewing in Colorado.

Event coordinator Peggy Lyle said when the festival first began 25 years ago, it was one of just a handful of festivals in the state that focused on and served beer. Now, just a quarter of a century later, the Colorado Brewers’ Festival is just one of the hundreds of Colorado beer festivals, according to Lyle.

“We’re really focused on Colorado, so we serve only Colorado beers,” Lyle said. “We really embrace the Colorado attitude.”

Over 50 breweries showed up to the festival, bringing more than 100 different beers available to sample.

While entry into the festival was free, beer samples had to be paid for with festival bucks, $1 each, which could be purchased at booths throughout the festival.

“It really is phenomenal that that many people are willing to give up some of their day to help somebody else have fun,” Lyle said.

“This is our first time attending,” said David Smart, a Fort Collins local. “We’d come again in a heartbeat!”

“We’re heading to the zip line next,” Smart said. “Off to buy more tickets!”

New to the festival this year, The Wilderness area offered attendees the opportunity to take part in numerous outdoor activities, including a zip line, human hamster ball races and a rock climbing wall.

According to volunteer security guard Ramsey Oakley, the festival drew in more than 7,000 people for Saturday’s festivities and about 4,000 on Sunday.

Despite the thousands of attendees, the festival went off without a hitch.

“We haven’t had a single incident,” Oakley said.

To ensure the safety of festival goers, a medical staff was on hand throughout the weekend.

“A few people got a little noisy, but they’re pretty tolerable,” said Bryce Adams, an EMT stationed at the festival’s medical tent.

Sunday evening, as volunteers worked to shut the festival down, Adams stated that the medics had yet to treat anyone for heat exhaustion or heat stroke.

While Colorado beer was the primary focus of the festival, a handful of local restaurants were also serving up a variety of food, ranging from giant turkey legs to shrimp gumbo.

Over the weekend, Pizza Casbah employees Ian Jones and Zach Hunter served up slice after slice.

“It was an absolute madhouse in there,” Hunter added.

Despite living in Fort Collins for the majority of her life, this was Laura Hoffman’s first year at the festival. Hoffman, a CSU graduate student on track to receive her master’s in education, volunteered to pour beer Saturday afternoon.

“Everyone was so polite, and in such good moods,” Hoffman said. “Next year, I’m going to volunteer for the very first shift so I can enjoy the entire festival.”

Eleanor Howe, a visiting scientist researching dengue fever at CSU, was also attending the Brewers’ Festival for her first time.

“It’s beautiful,” Howe said. “The bands are lovely and the beers are great!”
Gifs from the Brewfest

Collegian Staff Reporter Erick Plattner can be reached at news@collegian.com.