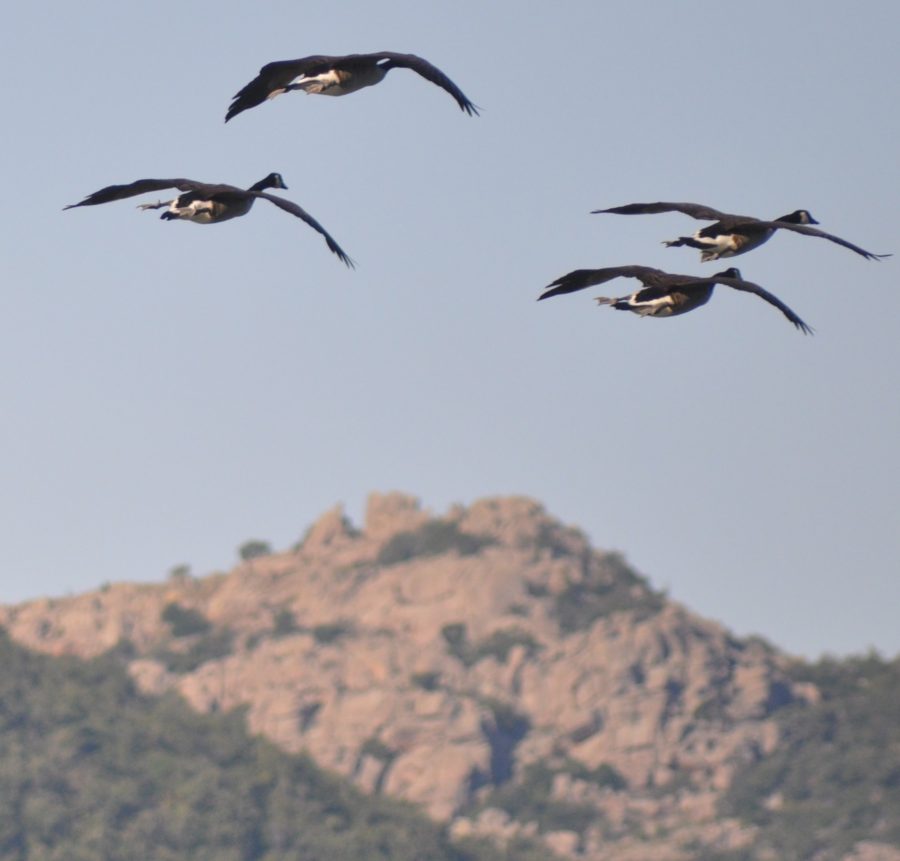 “Is it weird that I miss the geese?”

A few months ago, CSU experienced a violent battle between two student-led forces. One of the groups, called the resistance, was opposed to all of the geese on campus. The other group, the geese police, fought against the resistance in order to keep the geese safe.

Once the geese left Fort Collins in search of warmer weather, the feud between the resistance and the geese police died down, but as the geese begin to return to their CSU grazing grounds, many fear that the bloody feud will begin again.

Obviously, both the resistance and the geese police believe that what they’re doing is right. With geese wildly flapping around campus and acting aggressively towards students, the resistance believe that they pose a threat to our safety and our education. Bryce “two guns” Young, the leader of the resistance, said that if they don’t stand up to the geese, no one will.

“You know, it’s tough being on the geese resistance,” Young said. “Not that many people agree with our views because they think we’re mean to the geese. The truth is, we never hurt a single goose, we’re the ones the geese are hurting.”

Truly, members of the geese resistance do sport scars they received when trying to expel the geese horde. Some members are missing eyes, some are missing limbs and one particular member is missing a wallet. It’s believed that the geese took it to buy some Kentucky Blue-Grass, a goose delicacy.

“Students are pretty afraid of me,” Wold said. “What can I say? Usually when I warn them it goes like ‘hey you, yeah you there, cut that out’ and then they run in fear. Serves them right for scaring my geese friends.”

Early estimates predict that the geese won’t begin to flock to CSU campus for at least another month, so the feud between geese-lovers and geese-haters might be confined to students taking summer school.

According to Jake Schelleth, the Liaison for Student-Geese Affairs, CSU is predicting far less conflict this year than in previous years.

“It used to be all-out war,” Schelleth said. “Students were like barbarians out there. Luckily, it’s not 1894 anymore and students are a bit more civil. This coming geese season we don’t expect to see anything too serious because the geese have learned to stay away from classrooms and dormitories. It’s quite amazing, actually, because geese are known as the most stubborn animals when dealing with humans.”

Bryce “two guns” Young and Roberto Wold may soon find themselves leading groups that have no purpose. If the geese move away from parts of campus like the experts predict they will, the geese resistance and the geese police will be no more. It’s quite a sad day for geese-lovers and geese-haters.