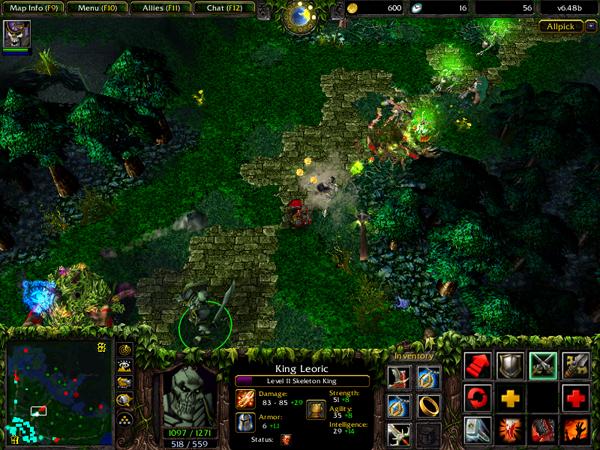 Gaming on a budget? Here are four video games to play, which can be fully enjoyed without spending a single cent!

The sequel to the original ARTS (action real-time strategy) game returns. DotA 2 still keeps most of the core gameplay intact while receiving a much needed upgrade in every aspect of the original. Two teams of five players fight against each other, trying to destroy towers and eventually destroy the enemy team’s base. Players choose from 107 heroes, each with their own unique play style, skills and attributes. The number of variables to consider in any game of DotA 2 can be extremely daunting to new players, but stick with it long enough and you’ll be treated to some of the most intense and difficult to master games in recent memory. It’s even more difficult to do the game proper justice in 100 words.

I’ve reviewed Warfame already, but given that the developers continuously update and add new things to the game, it’s worth mentioning that this ninjas-in-space type game is still a top contender in the world of free-to-play games. Boasting some of the best graphics I’ve ever seen and the ever-so-awesome free running in spaceships and on planets throughout our solar system, the core game play has stayed largely the same since that review. The only difference is a reworked melee system which finally lets you feel justified in taking your favorite melee weapon of choice through every single level. Despite this, the game can still be pretty repetitive and the procedural generated levels can grow tiresome as you’ll enter the same rooms over and over again.

Mech on mech combat is back. Hawken is best described as a mecha-first person shooter, meaning you pilot giant walking tanks and fight other giant walking tanks. Awesome, right? Even cooler is the ability to customize your mech and save up credits to buy new mechs, weapons, upgrades, etc.  The presentation is amazing, your cockpit display bobs up and down realistically as your mechanical beast takes each step, making you feel like you’re inside the mech itself. In early stages of play, your mech will resemble a rocket-boosted walking dishwasher with a windshield wiper on the door, but the game really has some awesome Mechs to choose from and work towards.

This 2D side-scrolling adventure game is very similar to the likes of the Gameboy Metroid games, and although it’s dated, it remains definitely one of the most under-appreciated free-to-play games out there. The game will give you about eight hours of play and takes you through quite the ride as the story is intriguing and its characters are loveable. If you’re a fan of the older 2D style Nintendo games, I cannot recommend this game enough. Plus, it’s pretty much guaranteed to run on your PC. If you’d prefer, there is a not-so-free-to-play HD version available for about $10.