The Rocky Mountain Collegian • May 1, 2014 • https://collegian.com/articles/aande/2014/05/coppermuse-distillery-serves-delicious-drinks/ 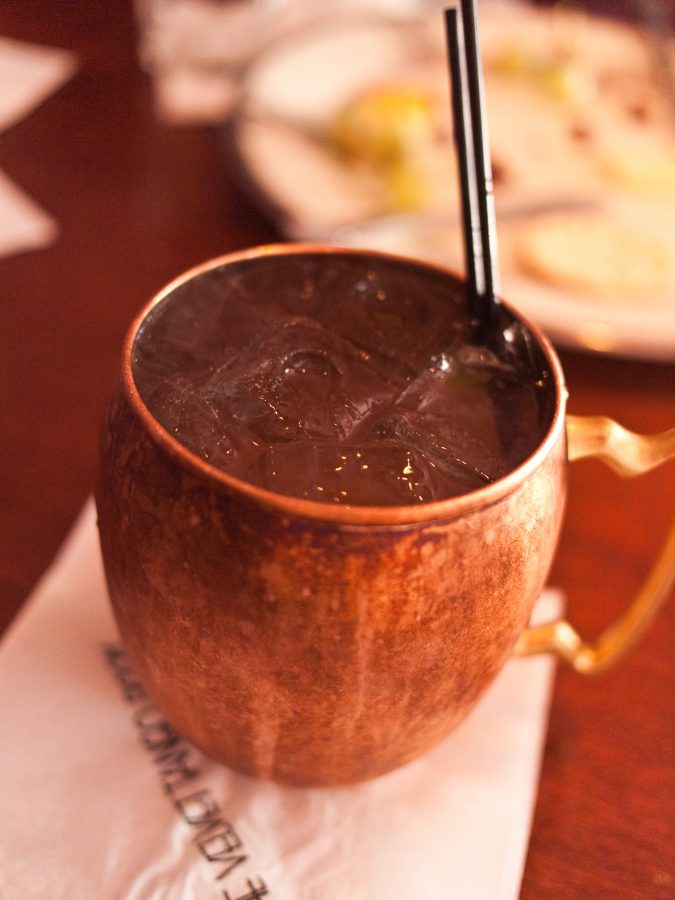 While it may be hard to believe, some people don’t like beer. With so many breweries populating the town, they may feel like Fort Collins has nothing to offer them. Thankfully, there’s a newcomer, CopperMuse Distillery, to deliver the goods.

At the moment, vodka is the only spirit available. Yet, anything in a cocktail that’s alcoholic is also distilled on site. So if one was to order a vodka martini, the vermouth in the drink would also be a CopperMuse creation.

To be honest, vodka is not my particularly favorite poison to pick at a bar. I prefer something I can smell and taste — like rum, bourbon or beer. But I sampled four of their infusions and a cocktail with an open mind.

Unfortunately, my experience got off to a rocky start. The uninviting hibiscus vodka looked and smelled like cough syrup. When sipped, all I could notice was a high alcohol burning taste that vodka shouldn’t have. After a while, I did notice a subtle sweetness, but not enough to redeem it. This is a limited infusion, so after the first batch it’ll only come back if it’s a popular choice.

Thankfully, the next infusion restored my faith in the new distillery. The viscous brown liquid had visible bits of chocolate floating in the glass. It was like I was drinking straight out of a bottle of Hershey’s chocolate syrup. It would go great in any dessert cocktail or drizzled on cheesecake.

Another limited infusion, this one has a slight green tint and a sweet citrus lime aroma. The lime flavor is prominent and then followed by a faint jalapeño burn. This a taste-related burn, not a proof-related burn. The vodka could be used to spice up a Bloody Mary or possibly even a margarita.

The last infusion was perfectly clear. There wasn’t much of scent, but a smidgen of grapefruit. I found it refreshing and it would be a great addition to juice while relaxing on a sunny day.

After trying straight vodka, I decided to order a cocktail. The Coppermule, traditionally called a Moscow Mule, is vodka and ginger beer served in a copper mug. I prefer a Dark and Stormy, since it’s crafted with rum, but this version was still delicious. What really made this variation stand out was the lime ice cubes that continued to add flavor when they melted.

At the moment, the tasting room located on North College next to Pateros Creek is the only place to sample the spirits. However, CopperMuse is working on expanding to local bars and retailers. Nevertheless, I recommend going to the art deco tap room anyway to hang out with the friendly and knowledgeable staff and explore the varied menu.

If you aren’t a vodka fan and this didn’t convince you to at least try some, don’t fret. Within the year, black vodka, silver rum, gold rum and bourbon will all be added to the tasting room. Besides the disappointing hibiscus, I enjoyed all of them, so I’ll definitely be returning for other infusions and spirits.