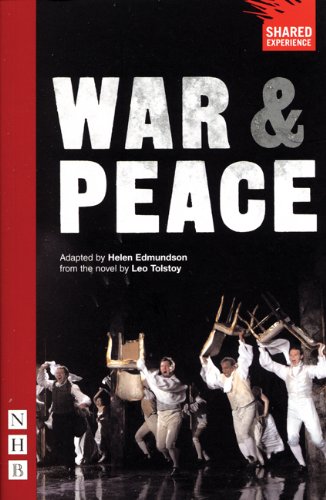 For two years, we here at the publication formerly known as The Water Closet Weekly have been committed to high-quality journalism, low-quality beef and, on occasion, our significant others. It is with great sadness with which we announce that we are changing our name following accusations of intellectual property theft.

Alas, we must confess that the allegations are true. As several sharp-eyed readers may have noticed, over the past several months we have been reprinting the Leo Tolstoy classic, War and Peace, 300-500 words at a time in our weekly column. We were first notified that this was illegal via a cease-and-desist letter from HarperCollins Publishers that passive-aggressively suggested we at least learn how to cite the works we steal from. We responded by saying, “All is fair in love and war and peace,” to which they replied, “We are going to sue you.”

Now that the rest of the world knew that we were indeed vulnerable to the laws of man — and not exempt as we had been led to believe by a bunch of Sherwood Forest witches who told us, “Do not be afraid, [The Water Closet Weekly], no man that’s born of a woman / shall e’er have power upon thee,” (Shakespeare, V.iii 7-8).

Lawsuits began flooding in from all directions. Shortly after receiving the initial cease-and-desist letter, an intimidating number of subpoenas, allegations and harshly-worded threats began arriving at our office.

Accusations included: our former acronym was a rip-off of the late poet William Carlos Williamson’s Instagram hashtag, “#wcw”; that multiple staff members had failed to sign into the Eddy Computer Lab; and that our beat reporter, Montana Jones, was nothing more than “a crude approximation” of a beloved character played by Indiana Jones star Harrison Ford. Montana Jones believes the character in question to be Han Solo, due to their shared good looks, rebellious attitudes and inappropriate fixations on Carrie Fisher.

Overwhelmed with legal trouble, we decided to start over. So, we torched our offices at the Old Horsetooth Lighthouse, blamed all of our legal problems on an unpaid, underfed intern, and decided to change our name. We toyed with several possibilities, including The Collegier and Better Coloradoan, before briefly publishing under the name, Dumb Water Closet Weekly. We figured that fair use laws would protect us on that one, but our operation was quickly shut down due to health code violations.

After shooing the rats and bettering the beef, we finally settled on the name The Hall Monitor-Herald, in honor of our favorite middle school Hall Monitor, Harold. In retrospect, we guess this isn’t really much of a fresh start, as we have kept our entire staff (save one intern who never had a good attitude to begin with), retained our weekly column in The Rocky Mountain Collegian and plan to change literally nothing about the way we do things.