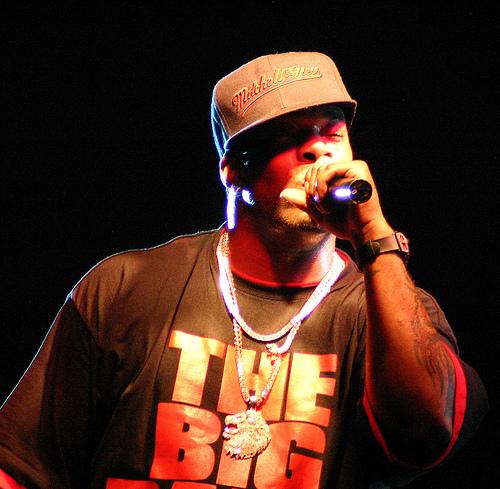 Since 2011, Snowball Music Festival has taken over winter with line-ups that can’t be beat and a festival experience that tops others in the Colorado music scene.

This year, with performers like Pretty Lights, Busta Rhymes and GRiZ, Snowball is staying true to bringing us the best in music and this time, it’s in our beloved city of Denver at Sports Authority Field from April 4 to 6.

Although some are disappointed it won’t be in the mountain towns of Avon or Winter Park, bringing the festival to Denver gives more people the opportunity to attend with a not-so-frozen feel and Denver nightlife afterwards.

No need to bring a heavy jacket or snow boots. Pushing the dates back from the beginning of March to the beginning of April, this year’s festival may see more sunshine and less snow than the previous years. No matter the location or amount of sunshine, Snowball plans to bring us the same festival experience promised each year.

Kelli Smith, a proclaimed “snowballer” who has attended all three years of Snowball, would describe her experiences as “energetic, colorful, and magical.”

“Last year in Winter Park was by far the best. And, of course, Derek Smith (Pretty Lights) threw down like a boss. Fireworks lit up the sky,” Smith said.

Smith has got some words of advice to those who don’t know how to take Snowball on the right way.

“If the festival were still in the mountains, wear boots. Stay in a hotel near the festival so you can go in and out to grab warm clothes. But most of all, forget reality and love your Colorado family. This year, don’t forget sunscreen and glow sticks,” she said.

This year, Snowball released single-day tickets starting at $50 with more than 20 acts a day and service-fee-free tickets available at the box office. Tickets can be purchased at snowballmusicfestival.com.

Not only are they selling single-day tickets, they are also partnering up with Uber, an app that you can download on your phone to connect with drivers to get people around the city in a safe and affordable way.

Meggie Brennan, an Uber employee, said that Uber is “changing the way people get around in the city of Denver.”

“Uber partnered with Snowball to give riders a reliable and safe source of transportation.” Brennan said. “We want to promote the fact that there are safe ways to get around without getting behind the wheel if you aren’t sober.”

Taking taxis and paying for parking can get expensive, especially downtown — Uber allows their app users to use the code “SNOWBALLMUSIC” on the festival’s page to get up to $20 in a free ride.

Megan McFann, a spokesperson for Snowball, said that they decided to host the festival in Denver this year to make it more accessible for fans and the late night scene bigger and better than ever.

“There will still be shuttles heading up to the mountains for those who want to catch some runs and there are also lodging packages available through the weekend,” McFann said.

Not to fret, Snowballers, the mountains are only a short trip away if you are craving some slope action before the season is over.

Snowball Music Festival 2014 is committed to throwing the biggest and baddest show yet, so be sure to get your tickets now before you miss out on the winter music bash of the year.

Collegian Entertainment Reporter Makaela Bamonti can be reached at entertainment@collegian.com.