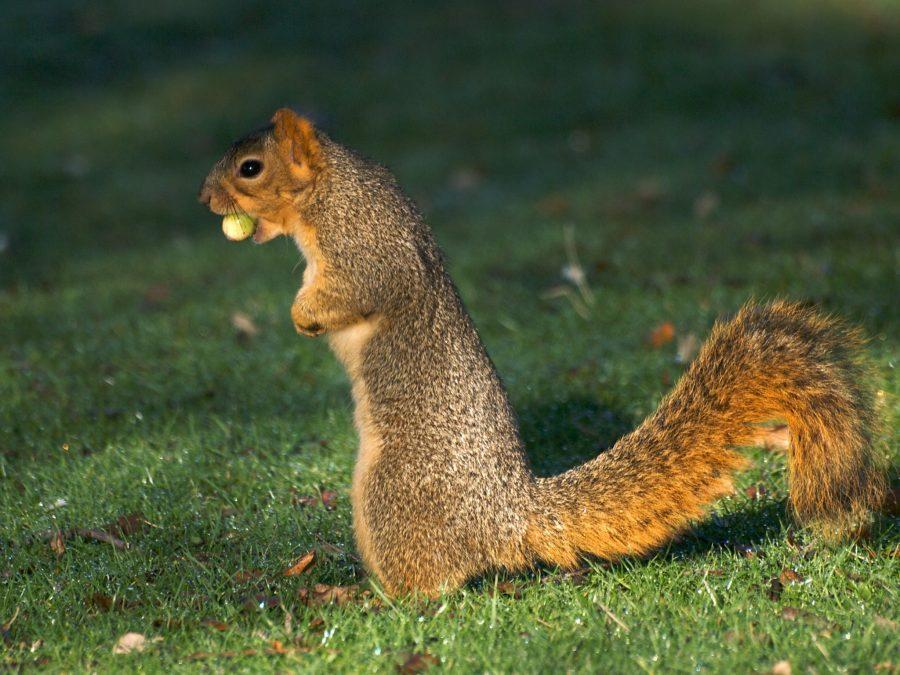 “Please stop giving our squirrels coffee — I saw one trying to carry an empty cup up a tree.”

College students can’t get enough coffee. Whether they’re staying up to cram for an exam or they’re waking up early to attend a seminar, students are completely reliant on the caffeinated magic of coffee.

This relationship between coffee and student is easy to see on campus, where coffee cups are strewn about, but it’s not the student’s dependence on coffee that is concerning CSU officials.

The squirrels on CSU campus, notorious for being large and unafraid of humans, have taken notice of the students’ caffeinated habits, and they want in on it.

Coffee shops on campus have been raided by the furry pests, and students have seen them scurrying into trees carrying cream and sugar. One student was nearly attacked by a herd of squirrels when she refused to give them her decaf hazelnut coffee.

“Oh the horror,” said junior forestry major Leslie Knight. “They surrounded me and started squeaking and clawing at my coffee. I ran into the Clark building to escape, but they followed me in. Finally, I threw my coffee out the window and the squirrels left me alone.”

CSU animal scientists are concerned that squirrels have become addicted to the coffee just like the students have. According to the most recent study by the CSU Committee for Squirrel Coffee Dependency, squirrels can gather nearly ten times as many nuts in one day after they’ve been drinking coffee, making it clear why they desire to drink it so much.

“This is unhealthy and potentially dangerous,” said Willy Costas, spokesman for the committee. “The CSU squirrels are already twice as big as normal squirrels. With all this coffee sending them into a gathering and eating frenzy, they could grow to the size of a small bear.”

While examining some squirrel nests around campus, researchers found what they most feared. The nests have grown in size, tilting even some of the largest trees on campus over onto their sides. The area around some of the trees doesn’t look any different from a trashcan, littered with coffee cups, stirrer straws and sugar packets.

Although the Committee for Squirrel Coffee Dependency is working diligently to find a solution to this growing problem, it’s the students of CSU that have come up with great solutions.

“Why not grow a peanut farm in a distant land so that all the squirrels leave?” asked sophomore math major Julius Verne. In response to Verne’s suggestion, construction on the Lory Student Center has halted so that workers could begin planting peanut farms all over Boulder, where the massive caffeine-craving squirrels will be far away and Boulderites can enjoy watching them.

Students will again be able to explore CSU campus, coffee in hand, without dealing with pesky squirrels.