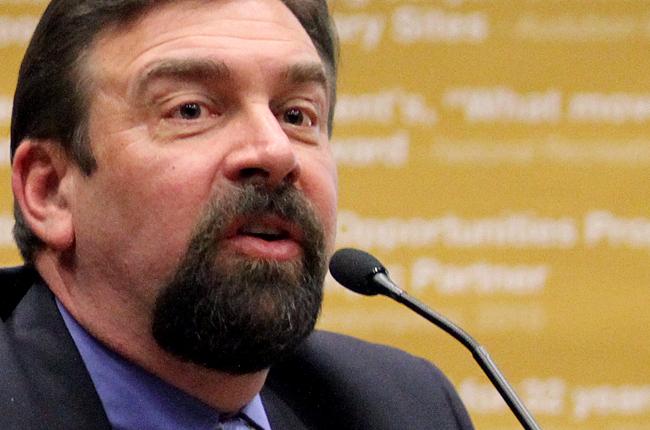 “So if Tony Frank makes 450k a year how much does his beard make?”

Colorado State University attracts students for many reasons. Some students tour the campus and fall in love with the beautiful rec center and some students find that CSU has a great program for their academic interests, but all students come to this school for a chance at catching a glimpse of President Tony Frank’s magnificent beard.

In a lot of ways, a beard is a representation of life itself. Beards start out as young peach fuzz and then mature into long, gritty strains of hair. As members of higher education, we can all respect the character and the honor behind sporting a beard, but there is just something different about Tony Frank’s beard.

Rumors have spread that Frank’s beard is made of gold. Some people are convinced it’s composed of unicorn hair. Others believe it’s a superhero that uses Tony Frank as a vessel to fight crime and bring justice to foes.

“If I could only have one strain of Tony’s beard all of my wildest dreams would come true,” said Zach Hodapp, a senior fish and game major. “I’ve seen a patch of his beard sell for $100,000 dollars on Ebay. I couldn’t believe when one of his beard-grooming combs sold for a whopping $250,000 dollars!”

Hodapp is one of many students who have discovered the beard black market. As it turns out, Tony Frank’s beard is worth more than Dumbledore’s, Gandalf’s and Zach Galifianakis’ combined. Previously, only Chuck Norris has had a beard with so much hype and value, but Tony Frank’s beard has a net worth that blows Chuck’s away.

When Wikileaks was released, a certain document raised a lot of questions about Tony’s beard. It was a substantially large pay check, and the name of the recipient was “Beard.” Many people believe that the person earning the large six-figure sum isn’t a person at all, but rather a collection of facial hair.

“His beard is a full-time employee of the school,” said Sean Hercher, a senior spell-making major. “Tony Frank does a lot of the talking at all the meetings and around campus and stuff, but the beard does all the real work. The beard devised the plan for the new football stadium, it started the re-imaging of campus and most importantly, it saved the Mountain West Conference.”

Many financial assistants have come to Frank to plead with him and beg him to begin selling bits of his beard regularly.

One accountant was quoted as saying, “Money doesn’t grow on trees, but it grows on Tony Frank’s face.”

Frank, however, is not pleased at the idea of profiting off of his illustrious beard, and prefers to just let it grow and occasional trim it as necessary.

When asked whether or not his beard had any special powers, Tony Frank simply laughed and said, “Well that depends…do you count saving the world as a special power?”