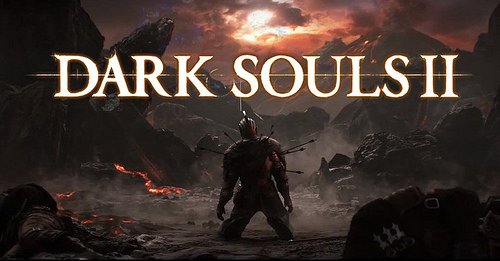 Dark Souls II is a game that’ll have you screaming at your screen along with shouting expletives. That’s no exaggeration — it is designed to be extremely challenging and immensely punishing. The frustration sprouts from being upset with your own ineptitude rather than the game being too unfair.

Enter any situation in Dark Souls II without your wits about you, and you’ll die, and die again. You can’t face roll or mash buttons through the whole game and expect to make any progress. Constant, careful assessment of each area and enemy is necessary in order to survive.

Armed with a sword, shield, bow and magic, (or some combination of them), it’s your task to fight your way back from being a cursed un-dead to become an un-cursed human once again.  When you slay an enemy, you absorb its “soul” which is the game’s only currency.

Souls are used to purchase equipment: weapons, armor, special rings, consumables, increasing the strength of your weapons and even leveling up. However, when you inevitably die, you lose all of the souls that you had on you. There’s no bank or storage to safe keep these souls — you only have once chance to get back to the spot where you perished to recover them.

However, if you manage die again before you touch your previous bloodstain, then all of those souls are lost. To add insult to injury, your maximum health decreases with each death, so each error you make is now agonizingly more painful as you have even less of a cushion to rely on when traversing through an already insanely difficult medieval wasteland.

Maximum health can be restored by consuming a “human effigy,” but these can be few and far between. Swallowing down these effigies without any caution will lead to some tricky situations further down the road, as you’ll be stuck with no way to recover and around half of your maximum health. Fun stuff.

Despite being a primarily single player game, Dark Souls II does have some very interesting online components. For example, you’ll occasionally catch glimpses of ghosts of players struggling along in their own game world. Players can leave messages on the floor that can be actual hints or try to get you killed.

You can also summon up to two friendly players to help you fight in certain areas. Additionally, enemy players can invade your game world to smash your face in as you try to progress through the game. These components add a flavorful touch and make the world feel all that more alive and dangerous.

Dark Souls II is perhaps one of the most rewarding action RPG’s that I’ve ever played, churning through each area, learning where the traps are, how the enemies fight, and finding new items bolsters the experience. Your character is stronger and you also feel your skill as a player increasing, which is exceptionally satisfying. If you’re up for a challenge, Dark Souls II can be the most fun and most frustrating game in the span of many hours of play. 9.5/10